During a routine car check-up, a service attendant announces to you that it will take $500 to repair your car. Normally, this cost wouldn't be a big deal, but this month you had to pay your income taxes, and you took a hit. To make matters worse, you're supposed to go on a road trip in a week. Where are you going to get $500 in time to get the car fixed?

You decide to head down to the place on the corner that advertises "Quick Cash Now." You've walked by it a hundred times but never had cause to go inside. You decide to give it a try. It's so easy! You're out the door in 15 minutes, and $500 will be deposited in your account sometime the next day. Sure, it cost you $50 in fees, but nothing beats that convenience, right? 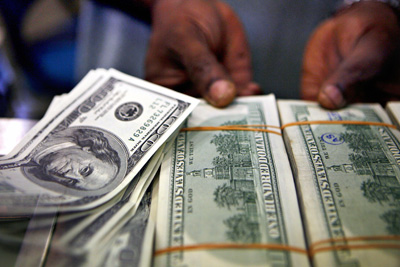 Tengku Bahar/AFP/Getty Images
We could all use a little extra money. A payday loan could provide that money -- but it'll cost you.

That convenience is a $40 billion-per-year industry in the United States [source: Kirchoff]. This is the industry of payday lending, and it's served by more than 22,000 locations nationwide.

In this article, we'll learn about the purpose of payday loans, as well as the drawbacks of these quick-cash offers.

The Purpose of Payday Loans

Payday loans are designed for people who need a quick injection of money before their next paycheck. The purpose of a payday loan is fast, easy money to take care of life's little emergencies.

A payday loan is a short-term, high-interest loan. The usual amount of the loan is between $50 and $500. You obtain one of these loans from a payday lender, a company that often offers other convenient financial services, such as foreign currency exchange, utility bill paying and license processing.

The process is actually quite simple. Here's the recipe:

Ease and convenience fuel the allure of payday loans. One of the biggest advantages that payday lenders have over banks is their flexibility. Payday lenders have more locations and longer hours than most banks. Some lenders, such as some Currency Exchange locations in Illinois, are open 24 hours a day. And when was the last time you saw a bank open on Sunday?

Bad Credit? No Worries
Payday lenders rarely check your credit. Coupled with the privacy and expediency of the process, this open-mindedness makes payday lenders very attractive to people with poor credit.

In addition, the loan application process is fast. You can usually be out the door, off the phone or away from your keyboard in less than half an hour. Furthermore, you get the money in no time -- if the lender doesn't hand you a check when you apply, the money is usually electronically deposited in your account within a day.

Payday loans may sound fine and dandy. So why doesn't everyone get one? Find out on the next page.

The Drawbacks to Payday Loans

The biggest drawback to payday loans is the price to the customer. Let's take a closer look at the fees charged by payday lenders.

OK, $0.71 per day may not seem like much, but what if you couldn't afford to pay off this loan for a year?

As you can see, for two weeks, a $10 or $15 fee is steep for what you're borrowing, but manageable. But when you can't pay the loan back after two weeks and you have to roll it over, your fees start to add up. Although most states regulate how much a payday lender can hold you accountable for over a long period of time, payday loans can be extremely costly if you use them frequently or roll the loans over for several terms.

The speed, ease and convenience of payday loans make them attractive to many low-income workers who live paycheck to paycheck and struggle to pay their bills on time. Unfortunately, when people habitually resort to payday loans to manage their finances, they inevitably sink further and further into debt because of the high cost of the loans.

Borrowers in Washington got some help in 2003 when new laws required lenders to extend an installment plan to a borrower after the borrower had taken out four successive loans from the same company [source: State of Washington].

Next we'll take a look at some alternatives to the potentially costly payday loan.

Even More APRs
Payday lenders in Alaska can charge up to $20 per $100 of loan. This equates to a 521 percent APR. The $25 maximum fee in Louisiana comes out to a staggering 652 percent APR.

When you face certain financial challenges, a payday loan may be a wise and viable solution. If you face a long-term financial problem, however, you might want to consider other solutions.

If you'd like to know more about payday loans and related topics, you can follow the links on the next page.