The Unbanked and Underbanked 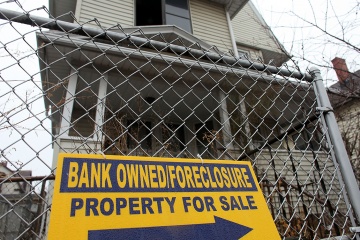 People who witnessed the Great Recession might not be too keen on going to a bank for loans or to deposit their hard-earned money.
Spencer Platt/Getty Images

In the modern age, banks are ubiquitous, and a bank account is one of those things, like a driver's license, that has become a vital part of being an adult. You need a bank account for just about every element of contemporary life. You require one to receive your electronic payments or wire transfers, to deposit or write your checks, to get a student loan or a mortgage or a car loan, or to pay your credit card bills — or any of your bills, for that matter. It's simply impossible to get by without a bank account, isn't it?

As of 2015, 9 million American households — about 7 percent of the total — didn't have bank accounts, which is actually the lowest that number has been since the Federal Deposit Insurance Corporation (FDIC) started tracking it in 2009 [source: White]. And that's just the tip of the iceberg. Nearly 25 million households are "underbanked," meaning that even if they have bank accounts, they can't or don't really use them. In such cases, people who need a loan don't bother applying for one from a bank either because they've tried before and have been rejected, or because they assume they'll be rejected because of their low incomes, debt load, poor credit scores or all three.

Underbanked people are often poor, black, or Hispanic and typically have received less education than the banked (to coin a term). Undereducated members of marginalized minority communities also might not want to use banks because they don't trust them. We don't have to look far back in history to find the reasons for this lack of trust — the subprime-credit crisis provides a superlative example of predatory lending [source: White]. If people feel that asking a bank for a loan is like treading the event horizon of a black hole, it's understandable that they might be a little gun-shy.

There are also people who choose not to have bank accounts because they just don't like them. Sick of all the charges that come with an account (especially the charges for overdraft or for having too little money in your account) more and more people are opting for alternative ways of handling their money. Still others avoid banks for philosophical reasons, preferring to opt out of mainstream society and all its trappings. However, the percentage of the underbanked population that's opted for that condition by choice rather than force of circumstance is probably a small minority.