What the FDIC Does and Does Not Insure 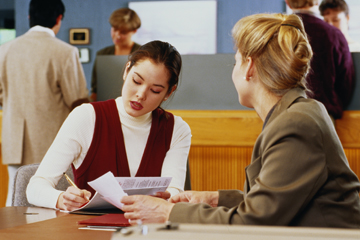 The FDIC insures many of the accounts involved in everyday banking -- but it doesn't insure everything. Here's a look at what is and isn't covered [source: FDIC].

To determine your exact FDIC coverage at an FDIC-insured bank, use this FDIC calculator.

The FDIC does NOT insure:

Even if you buy stocks, bonds or other securities through your bank, the FDIC does not cover them. Why not? First of all, they are not deposit accounts. Second, it would be impractical. Except for life insurance policies, these accounts' respective values are subject to fluctuations in economic, social and political circumstances, making them bad gambles for the FDIC. These types of accounts generally involve much larger amounts of money than the FDIC would be able to reliably and consistently cover. You might compare insuring such an account to insuring a Ferrari in a war zone.

The FDIC has undergone many changes over the years, but it has never failed to fulfill that mission. Since 1933, every depositor at every failed FDIC-insured bank has been reimbursed every last penny.

If you'd like to learn more about the Federal Deposit Insurance Corporation, you can follow the links below.

The FDIC is a wonderful example of effective government regulation. The FDIC was created to address a massive failure in the banking system and the loss of public trust in their financial institutions. It doesn't cost a dime of taxpayer money to operate and it has successfully insured every U.S. bank account holder since 1933. The regulatory powers of the FDIC were extended in the wake of the global financial crisis and Great Recession of 2007 through 2009. It remains to be seen whether new agencies like the Consumer Finance Protection Board and the Office of Complex Financial Institutions will be able to rein in the country's largest banks and safeguard the ordinary bank customer and homeowner against the volatility of the financial markets. Unless someone buys me a winning Powerball lottery ticket for Christmas, I am never going to have more than $250,000 in a single bank account. But it's comforting to know that my cash savings — as meager as they are — are at least fully insured.