How does the color of your car affect your insurance rate? 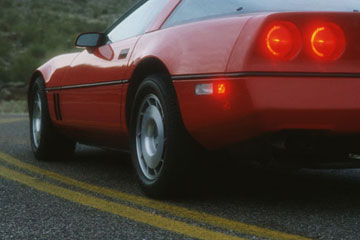 You should worry more about your driving skills rather than the color of your car. See more pictures of sports cars.
Photolink/PhotoDisc/Getty Images

So, you've just driven up in your brand new sports car. It's a beauty. Clean, shiny -- and a luscious candy apple red. As you step out of your new ride your neighbor walks your way. "Nice car," he says. But he adds, with a knowing look: "It's a mighty shame. That beautiful red is going to drive up your insurance rate." As you spend more time with your new car, you hear that same sentiment more and more. For your part, you're furious that you're going to be punished just for having a red car.

The good news is that the idea of the color of your car increasing your insurance rate is a common, but ultimately false, misconception [source: Insurance.com]. In fact, when insurance companies get the information for your car, it's typically through the VIN, or Vehicle Identification Number. The VIN tells your company the make, model and year of your car, along with where your car was manufactured, but it doesn't include the color of your car [source: CARFAX.com].

If your company is ignoring the color of your car, what is it basing its rates on? Well, the first thing it looks for is your driving habits, which has very little to do with the actual car itself. Besides that, the greatest factor in determining how much your monthly rate is going to be is in the type and year of your car. A 1998 pickup truck is going to cost you less than a 2008 sports car, for instance.

Where does the myth come from? After all, there's no smoke without fire, right? Well, it comes down to numbers. Sports cars are going to cost you more in insurance rates because they tend to be driven faster and have a higher likelihood of getting into an accident. But when your average car shopper picks out a sports car, which color do you think they go for more often than not? If you said red, then you should consider a job in the stats business! So, the fact that there are more red sports cars out there, along with the tendency for sports cars to get higher insurance rates, leads people to believe that it's the color rather than the car that's jacking up their rate [source: Insurance Tree].

Now you can drive that candy apple red convertible with an easy mind. Drop that top, enjoy the sun and drive safe!