by Mark Boyer
Prev NEXT
2 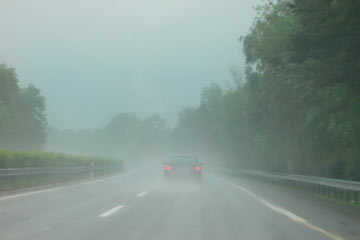 Insurance rates are exorbitant in Oklahoma, partly because of the weather, which can include everything from softball-sized hail (a car's worst enemy), blizzards and tornadoes.
F1online/Thinkstock

First the good news: On average, auto insurance actually became less expensive in Oklahoma in 2012 than it was the previous year. But that still doesn't take the sting out of knowing that Oklahoma is the second most expensive state in the country to insure your car. At an average of $2,047 per year, Oklahoma is just one of four states where an auto insurance policy costs upwards of two grand per year.

Oklahoma consistently rates at the top of the pack when it comes to auto insurance, but why? What's so risky about owning a car in The Sooner State? The number crunchers at Insure.com tend to blame high insurance premiums on the number of uninsured drivers in a state, which is an especially big problem in Oklahoma. Statewide, an astounding 24 percent of drivers are uninsured, and when they get in accidents, the costs of personal injury and vehicle repairs are passed on to other drivers in the form of increased insurance premiums. An Oklahoma taskforce is seeking to tackle the issue, with the goal of lowering the number of uninsured drivers from 24 to 14 percent by the year 2017.

Another possible problem is storms and natural disasters. In recent years, Oklahoma has been victim of an almost Biblical array of storms, ranging from softball-sized hail (a car's worst enemy), blizzards and tornadoes. All of those losses can contribute to escalating insurance rates.