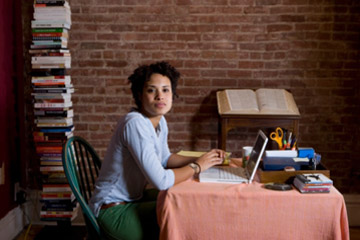 Kickstarter is more than a publicity tool for creative projects. If you want your project to pass muster, you'll have to get ... well, creative.
Robert Warren/Getty Images

Kickstarter calls itself a "funding platform for creative projects." That means that any project posted on the site must be creative in nature. According to Kickstarter project guidelines, "creative" means anything in the fields of art, comics, dance, design, fashion, film, food, games, music, photography, publishing, technology and theater. A Kickstarter project must also be a proposal for a project, not a sales pitch for an existing product or service. It isn't "Buy my DVD!" It's "Help fund my movie and I'll send you a DVD when it's done!"

Another interesting twist of the Kickstarter model is that you can't just pop onto the site, register and post your project. First you must submit a project proposal to the Kickstarter staff, which will review your idea and decide if it meets the Kickstarter project guidelines. According to co-founder Yancey Strickler, Kickstarter approves about half of the submissions it receives, filtering out charity solicitations and non-creative business ideas [source: The Economist].

The Kickstarter staff admits that some projects walk the line, and the approval criteria are constantly evolving. For example, the highest funded project yet on Kickstarter is for a sleek watchband that holds an iPod Nano. The project, launched by a small Chicago-based design firm, had a funding goal of $15,000, but eventually received almost $1 million in donations. In this case, a $25 donation got you a watchband that now sells for $39.95 at the Apple Store. So that million bucks was essentially a pre-order on a cool new product. Co-founder Yancey defends it as an artful design gone viral, but critics say it turns Kickstarter into an online retailer instead of a grassroots crowdfunding platform [source: Constant].

As of July 2011, Kickstarter had helped to successfully fund over 10,000 creative projects. Over 60 percent of successfully funded projects fall into the categories of music (3,110 projects) and film and video (3,048). But that doesn't stop folks from proposing some truly unique ideas, like the artist couple that wants to mail handwritten letters to every person on Earth (they've already successfully funded letter-writing campaigns to a village in Ireland and a neighborhood in Pittsburgh, Penn.). Or the guys designing retro lacrosse socks. Or the lady funding her 50-state trip to try every vegan restaurant in America. (They all got funded, by the way.)

Of course, not every project works out. In fact, more than 13,000 Kickstarter projects have failed to meet their funding goals. So what's the difference between a winning and losing Kickstarter pitch? More on the next page.