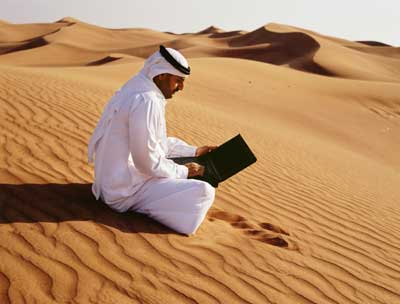 If you look at glocalization as a dialogue between the global and local sectors, you get a good understanding of its challenges and potential benefits. With glocalization, a global corporation's goal isn't to say, "Here's a sandwich." Rather, the corporation asks, "How can we make a sandwich you'd like?" When glocalization and culture connect, local communities play crucial roles in developing and sustaining global policies.

The marketing, funding and infrastructure behind a product may come from a global corporation, but the local level dictates what finished form that product will take. In this way, glocalization is a bottom-up system of governance for globalization.

Take the economic model of glocalization and apply it to larger cultural and political issues and you have an entirely new way of looking at the world. National governments cease to be the major decision makers and become important players alongside cities, local leadership groups, private companies and international organizations.

If you view the world as a collection of nations, you see varying levels of stability and social equality, depending on what country or region you're looking at. View the world as a whole and things look a lot grimmer. Parts of the Western world benefit from the latest technology, while disease, famine, war and starvation plague portions of the Southern Hemisphere. Some cities have grown into centers of knowledge and culture, while others swell with cheap manufacturing labor.

Just as fair trade coffee eliminates most of the middlemen between producer and consumer, glocalization eliminates many of the various governments and organizations that stand between global resources and local communities. This gives cities and local authorities an increased global role, blurring the division between geography and politics.

Organizations such as the Glocal Forum and the Think Tank on Glocalization push for the creation of a more stabilized world though a series of glocalized strategies:

The intended result of all these strategies is the same: Develop a world where local areas benefit from global resources while retaining their own cultural identities.

Follow the links below to learn more about glocalization.