How is the Gender Pay Gap Determined?

Prev NEXT
Rallying for equal pay is not a new concept. Back in 1954, this group demonstrated in London for the cause. © LAURENT GILLIERON/Keystone/Corbis

The gender pay gap figure is typically calculated by first adding together all of the annual salaries of women who are working full-time, year-round, then finding the median salary — that is, the salary that's in the exact middle, with 50 percent of the women earning more than that figure and 50 percent earning less. Then the same calculation is made for men working full-time, year-round. Once those two figures are determined, you can compare them and calculate the pay gap [source: Glynn].

As an example, let's look at income data for 2016. According to the U.S. Census Bureau, in 2016 the median salary for men working full-time, year-round was $51,6400, while the similar figure for women was $41,554. This translates to a wage gap of roughly 20 cents per dollar. Or, to put it another way, women earned 80.5 percent of what men were taking home that year, an increase of 1.1 percent since 2015 -- and the first annual increase since 2007. Some attribute the narrowing pay gap not so much to women's salaries increasing but more to men's salaries decreasing [source: Gillman].

While this is the most commonly used method to compute the gender wage gap, it's not the only one. Sometimes weekly salaries are used for comparison purposes, which nets slightly different results [sources: Semega, et al., Glynn]. For instance, the Bureau of Labor Statistics calculates using median weekly earnings and has the pay gap slightly less, at 82 cents to the dollar.

Keep in mind that you can't look at one statistic and make sweeping characterizations about pay inequities. Here's a quick example why. In 2016, the same U.S. Census Bureau data showed females heading a household solo earned a median income of $41,027, while men heading a household sans spouse netted $58,051. That's a gender wage gap of 30 cents per dollar. In single-person households that same year, men earned $31,749 and women $30,572 for a 27-cent gender pay gap. Both of these wage gaps are quite a bit larger than the 20-cent figure noted above, potentially telling a different story about the reason behind pay inequities [source: Semega, et al.]. 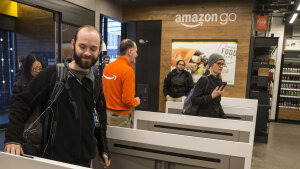