Why are gas prices declining? 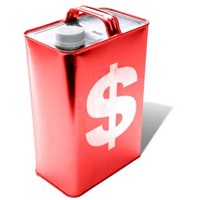 ­In the the fall of 2006, filling up the gas tank became a much less trying experience. In 2005, prices skyrocketed. But by October 2006, average prices across the country  dropped almost 40 cents a gallon from a year before. In some places, the price approached the happy $2 per gallon mark. Why the steady drop? Was it a Republican conspiracy designed to win back the support lost to Foley and Iraq? The answer, according to industry experts, is a resounding "No." The GOP is powerful, but it's not powerful enough to control the price of a globally traded commodity.

The price of gasoline is ultimately the result of a lot of complex processes, but to simplify the equation, some of the most commonly cited reasons for the 2006 drop in gas prices were:

­And all of these causes are connected. It all starts and ends with the traders. When you talk about the "oil market," you're really talking about the commodities traders. These are the people who essentially set the price of oil by dec­iding what they'll pay for it at any given moment. OPEC can control the price of oil to a certain degree by releasing or withholding reserves; but, according to MSNBC's John W. Schoen, OPEC doesn't have the level of control it used to because it doesn't have the reserves it used to.

­So we're pretty much left with the futures traders who buy or sell crude oil -- or more accurately, certificates that represent a certain amount of crude oil -- based on what they think is going to happen to the supply of and demand for the product. The price of crude oil is a major factor in the price you pay at the pump (see How Gas Prices Work). When gas prices soared in 2005, it was only partly the result of such physical issues as oil fields burning in the Middle East. In a more real way, it was the result of traders investing heavily in oil on the bet the price would go up bec­ause of the hurricane season, the Iraq war and other factors that could decrease the supply. And because they bought so much oil, the price did go up. That's how the futures market, and the overall stock market, works: When people are buying big on the bet they're going to be able to sell even bigger, prices go up. The futures market is at least partly driven by self-fulfilling prophecy. When the Gulf-based refineries were shut down in the wake of hurricane Katrina, traders everywhere were screaming, "Buy! Buy!" And prices at the pump went higher and higher. In effect, the more oil those traders bought, the less the supply of oil in circulation, and the greater the demand for the oil that was available.

What has happened between 2005 and 2006 was simply the reverse: Those traders who bought crude oil at $78 a barrel in July 2005, betting on factors like another rough hurricane season that would drive the prices up, began selling like mad when it became evident there would not be another Katrina in the Gulf. With all of that selling, a barrel of oil dropped to about $63 per barrel in mid-October, which by itself dropped the price at the pump by about 18 cents per gallon. There are global events causing traders to bet on a drop in oil prices as well, including increased oil drilling worldwide in the wake of 2005's crude-oil heyday.

There are also other, seasonal factors contributing to the drop in crude-oil prices. Prices tend to go up in the summer, when people drive more; and they tend to go up in the winter, when people need more gas to heat their homes. In the fall, we face a sort of lull. There's no huge force driving the demand for oil. With less demand comes greater supply, and with greater supply comes lower prices.

By mid-October, 2006, OPEC began discussing the possibility of cutting back on oil production in order to bring the price of a barrel back up.

For more information on gas prices and related topics, check out the following links: