Would a fat tax save lives?

Browse the article Would a fat tax save lives? 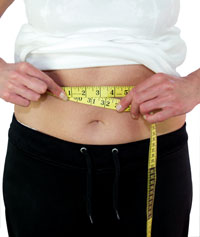 ­In the fight against obesity, suggestions to increase nutrition education, remove soft drinks from schools, change how companies can advertise, ban trans fats and subsidize healthy foods are all common. But there's one potential tool you may not have heard of, though it's been discussed for more than a decade. A June 2007 study suggests that a "fat tax" -- placing a tax on fatty or unhealthy foods -- might save thousands of lives and reduce health care costs.

Also called the Twinkie tax, the fat tax concept was pioneered by Kelly D. Brownell, a professor of psychology at Yale University, who wrote about it in the New York Times in 1994. Dr. Brownell outlined two proposals, the first of which suggested a 7 percent to 10 percent tax on unhealthy foods. The tax revenue would then subsidize the sale of healthy foods. The tax would apply to broad types of foods or target certain fatty foods. Brownell's alternate proposal stated that a lesser tax could be used to fund public programs promoting healthy and responsible eating.

Researchers at Oxford University and Nottingham University claim that a 17.5 percent Value Added Tax (VAT) on unhealthy food could save up to 3,200 lives a year. The tax would effectively save lives by reducing demands for unhealthy foods, consequently reducing occurrences of serious complications from obesity, such as heart attacks and diabetes.

In determining how demand would be lowered, the researchers calculated how higher prices on unhealthy foods would affect the market for those products. The scientists created scenarios involving three different potential methods of taxation. The first model taxed only foods loaded with saturated fat. But this taxation method simply caused consumers to switch to other salty, unhealthy foods, which resulted in even more severe health consequences. It also increased food costs for the average family by 3.2 percent [Source: Guardian Unlimited].

The second taxation scheme assigned various foods a rating, called an SSCg3d score. Researchers rated foods based on their levels of eight nutrients. Very healthy foods had negative scores, while unhealthy foods had positive scores. Foods with scores more than +8 would be taxed, resulting in an estimated 2,300 lives saved but a 4 percent increase in food costs [Source: Guardian Unlimited].

The third method outlined by the researchers spread the tax among a wide variety of foods, potentially taxing 44.5 percent of all food costs. This tax saved an estimated 3,200 lives but raised food expenditures by 4.6 percent [Source: Reuters].

Besides encouraging consumers to purchase healthier foods, one researcher said -- as Dr. Brownell once suggested -- that the VAT could be used to subsidize the cost of more expensive, healthy foods. Some foods in Britain, such as ice cream and potato chips, are already subject to a VAT. In the United States, several states levy small taxes on soft drinks. California, Maine and Maryland all had fat taxes that were later repealed. A fat tax could be as small as one cent for a soda, but given the United States' fast food consumption, even a miniscule tax could generate hundreds of millions of dollars.

The researchers claim a fat tax would save thousands of lives, but is a tax the right way to fight obesity? On the next page, we'll look at some arguments for and against a fat tax.

To Fat Tax or Not to Fat Tax 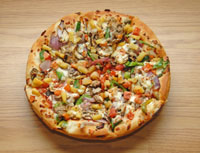 The Oxford researchers outlined some of the criticisms of the fat tax in their study, but perhaps no one sums up the feelings of the anti-fat-tax gang better than former British Prime Minister Tony Blair, who in 2004 called a proposed fat tax a sign of a "nanny state" [Source: Reuters]. Critics say that people should be allowed to make their own decisions about what they eat and whether to eat healthy foods. The institution of a tax would limit personal choice and allow the government to dictate, or at the very least influence, what people eat. Some also question whether taxing the obese creates a stigma when more positive efforts could be undertaken.

Another concern centers around what is taxed and who makes that decision. A "food czar" or fat-tax committee could wield tremendous power and effect broad changes in the lives of consumers, farmers and food distributors. Some healthy foods could be mislabeled as unhealthy and fall subject to the tax. An official from Britain's Food and Drink Federation cited cheese as one example. Although it can be high in fat, moderate quantities of cheese are considered quite healthy and nutritious. And sodas or chocolate chip cookies, both supposedly unhealthy foods, aren't harmful if consumed in small quantities. Those who enjoy these foods only occasionally would be unfairly penalized.

Then there's the money issue. Few people like paying taxes, and the possibility of another one may be unpalatable to many people, especially when paying for food staples. The tax would impact the poor most, as they spend much of their income on food and many fattening foods also happen to be cheap.

Proponents of the tax, like Dr. Brownell, suggest using the fat tax to boost government nutrition and education programs. Dedicating the fat tax to a stated use rather than simply letting the money flow into the government's coffers would make the tax's value more apparent and trackable [Source: Forbes]

There are some good reasons for the tax. About 25 percent of British adults are obese [Source: Guardian Unlimited]. At least a third of American adults are as well [Source: CDC]. Poor diet accounts for an estimated 30 percent of deaths from heart disease [Source: BBC News]. Obesity contributes to a myriad of health problems, like cancer, strokes, high blood pressure, diabetes and sleep apnea. It also drives up health care costs and keeps people out of work. The overall financial costs of obesity are greater than those for smoking or alcoholism [Source: Health Affairs].

The presence or even the threat of a fat tax could pressure food producers to cut down on saturated fats, calories, and unhealthy ingredients. If that doesn't work, experts say that the government could provide incentives for food manufacturers to use healthier ingredients. For example, some communities, in addition to dabbling in fat taxes, have banned or campaigned against the use of trans fats.

Food and health organizations appear divided on the issue. Restaurant industry groups and consumer-rights organizations fear higher prices, diminished sales and a lack of personal choice. Even the British Heart Foundation said that the present research doesn't provide enough information about the tax's possible effects. Britain's National Obesity Forum supports a fat tax, and the World Health Organization called for one in 2003. While no consensus exists, the fat tax -- in addition to questions about the safety of food imports -- is likely to be a popular field of study for years to come.

For more information about the fat tax and other related topics, please check out the links on the next page.