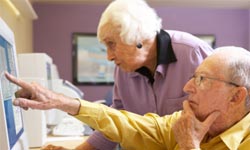 Just because they're not going to a job every day doesn't mean they're not working. Many retirees choose to remain active in their communities by volunteering.
Hemera/Thinkstock

Today, there are nearly 52.4 million people age 60 or older in the United States, and by 2030, one in every five Americans will be age 60 or older. Many of them may be retired, but that doesn't mean that America's retirees are no longer working. More than 23 percent of people older than age 65 engage in volunteer activity. As the country's senior class continues to grow, baby boomers will play an even larger role in giving back to their communities. From mentoring children in need to keeping the country's parks and monuments up and running, volunteer opportunities for retirees abound [sources: Bureau of Labor Statistics, U.S. Census Bureau].

Here are a few of the most interesting and rewarding opportunities for retirees. 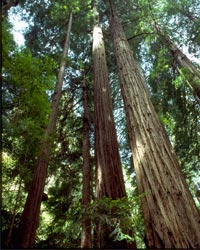 If you're going to give your precious time as a volunteer, you might as well get some fresh air and sun while you're doing it. Roughly half the volunteers for the National Park Service (NPS), which maintains federal parks, monuments and battlefields across the country, are retirees. In 2007, approximately 163,000 park volunteers donated 5.4 million hours for a total value of more than $101 million -- the equivalent of 2,596 additional full-time employees [sources: National Park Service, AARP].

Park volunteers perform a wide variety of tasks. Yosemite National Park in California, for example, brings in volunteers to serve as mentors for kids participating in its Youth Conservation Corps. Meanwhile, in Washington, D.C., volunteers provide information to visitors at sites like the Korean War Memorial and the Washington Monument. Additionally, the National Park Service's Artist-in-Residence program provides opportunities for artists to live and work in one of 29 participating parks [source: National Park Service].

Besides nature's splendor, some volunteer positions include perks such as a small daily stipend, meals and free access to RV pads. Volunteers who acquire 500 service hours are eligible for an annual pass that provides free access to all federal recreation sites [source: National Park Service].

Since 1965, Senior Corps, a branch of the Corporation for National and Community Service (CNCS) that connects people age 55 and older with volunteer opportunities, has operated its foster grandparents program, through which retired volunteers mentor and support some of the most vulnerable children in America. More than 31,000 people currently serve approximately 262,000 kids in the program, helping children learn to read, providing one-on-one tutoring and giving general guidance.

Forget the stereotype of the Peace Corps being nothing but hippies fresh off college campuses. Yes, the average Peace Corps volunteer is 28 years old, but the federal agency that places volunteers across the world is actively courting baby boomers with its 50 Plus initiative. [source: Peace Corps].

Peace Corps volunteers serve in 77 host countries around the globe working on a variety of projects such as teaching children, combating the health, social and economic problems related to the HIV/AIDS epidemic and bringing clean water to remote communities. Volunteers commit to serve in an overseas community for 27 months [source: Peace Corps].

More than 5 percent of Peace Corps 7,500 volunteers are age 50 or older. The 50 Plus initiative took root just a few years ago, but the Corps has long welcomed retired volunteers. Lillian Carter, President Jimmy Carter's mother, served as a Peace Corps nurse when she was 70 [source: Peace Corps].

You won't get rich (financially, that is) working for Peace Corps, but the organization does offer benefits, including language training and a monthly living allowance (typically $200 to $230 per month). Additionally, time spent volunteering for Peace Corps is considered federal service time for retirement purposes [source: Peace Corps].

It's not just retirees who are volunteering. Take a look at these 2010 national volunteerism facts: 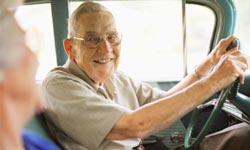 Retirees value their independence, and through the Senior Corps' Senior Companion program, they can help other stay that way.
Photos.com/Thinkstock

Retirees' volunteer efforts serve scores of people in need, including other seniors. The U.S. Department of Health and Human Services' Administration on Aging (AOA) funds lower-cost, non-medical "aging services" through its Senior Corps program, which includes transportation, meal delivery and in-home assistance with eating, bathing and dressing. Operating through a network of state and local service providers, the goal is to offer direct services that enable retirees to remain in their own homes with the same or improved quality of life.

Much of this work is performed by volunteers, many of whom are retirees. For example, the Nevada Rural Counties RSVP, a volunteer organization for older volunteers, annually engages more than 900 volunteers to provide more than 160,000 hours of volunteer work assisting the state's older population. RSVP volunteers help elderly people in need by distributing food, providing transportation services and offering respite for full-time care providers [source: AOA]. 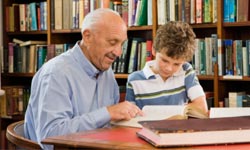 Volunteering at a library is a great way for retirees to instill a love of books and reading to younger, more technologically-oriented generations.
Polka Dot/Thinkstock

From New York to California and many states in between, libraries have been hit hard by local economic problems. The good news is that retirees looking for volunteering opportunities can give back by hitting the books. Underfunded libraries are teeming with volunteer opportunities, including reading, writing and instruction in English as a second language.

Retirees and other volunteers at the Fort Worth Library system in Fort Worth, Texas, work as greeters, youth program aides and genealogy clerks. In return for their service, library volunteers receive training and the opportunity to meet people who share a love of books, not to mention the satisfaction of helping to develop passion for reading among youngsters.

Literature lovers can also reach out to their community from beyond the library doors. The Corporation for National and Community Service suggests that wordsmiths spread their passion for books by organizing book drives for schoolchildren in need and deployed soldiers.

Check out the links on the next page for more information about having an active lifestyle after retirement. 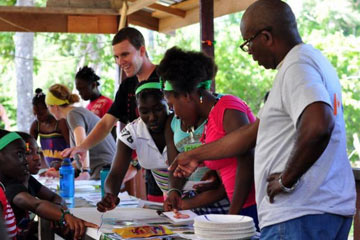