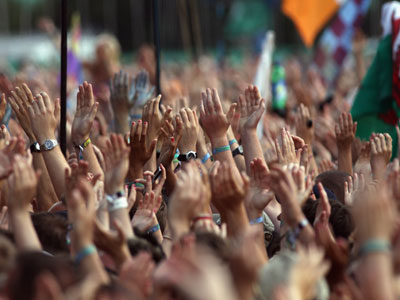 Humans have the right to assemble and form peaceful associations with one another.
Matt Cardy/Stringer/Getty Images

In the United States, we're guaranteed certain rights by the Constitution, but what rights do we have just by being virtue of being human? Before we understand human rights organizations (HROs), we have to understand human rights. The Universal Declaration of Human Rights, created after World War II as a framework for developing international human rights guidelines, is based on the idea that all people are born with the capacity for conscience and therefore deserve to be treated with dignity. We have the right to live and work where we choose, to marry and have families, to hold our own opinions and to be free from arbitrary attacks and arrests. We also have the right to our own religion and opinions, as well as the right to assemble and form peaceful associations with our fellow humans.

Maybe these rights sound obvious, but it's a big deal to have a documented and widely accepted accord on just what it means to be a human. We might think that by now the atrocities of the past are no longer a danger, but events of the last century have revealed just how important a codified set of rules protecting human rights is. The Holocaust comes to mind, of course, but even after the ratification of the Universal Declaration of Human Rights there have been countless cruelties waged by humans against humans. There are the killing fields of Cambodia, the prison at Abu Ghraib, forced disappearances in Argentina, ethnic cleansing in the former Yugoslavia, apartheid and areas of endemic child labor to name a few. Slavery was only finally criminalized in Mauritania in 2007.

It's true that there are dark corners of oppression all over the world, but there is also a light. We'll take a look at the operations of some of the organizations working to protect human rights, what they do, and some of the problems they face.

Human rights advocacy groups fall under two headings -- government and independent. Based on the way they're organized, both have strengths and weaknesses, but rely on one another to get things done.

The United States has several human rights organizations (HROs) operating within its borders -- some are independent, and others are affiliated with the government. Multinational government groups make good HROs because they can act as a legal authority. Any human rights group needs a powerful legal framework to try crimes against humanity and to regulate human rights law. By setting up treaties and courts, governments can pass laws, create treaties, hold trials, fund aid, and investigate human rights violations. They are the muscle of the human rights community.

That is, if everything doesn't devolve into squabbling. Even in the United States, where citizens' human rights are written into our governing document, government human rights organizations' have limited power. Governments the world over have their own agendas that can politicize where and when help is distributed. Say a country has the opportunity to send a peacekeeping force to a war-torn area rich in natural resources. Can a government-run HRO maintain neutrality? Can other countries trust it not to take advantage of its position? Government HROs are accountable to governments, which means they can run into difficulties if there's a conflict of interest.

Consider the United Nations (UN), of which the United States is a member nation. The UN is like the grandmother of multinational organizations. An administrative body, it was created after World War II to replace the defunct League of Nations. The UN is a council of international representatives dedicated to world peace, economic development and human rights. Funding comes from member nations based on their gross national product (GNP), but countries also often donate money for specific United Nations programs like UNIFEM, a women's advocacy group, and UNICEF, a children's rights program.

Another example of a government HRO is the International Criminal Court (ICC), a treaty-based international court set up to try those accused of crimes against humanity. Currently, it's investigating cases in the Democratic Republic of Congo, the Central African Republic, Uganda and Darfur on issues such as genocide, sexual slavery, and the use of child soldiers. Though an independent body, the ICC works closely with the UN and is financed by member nations.

Government HROs can do a lot of good for human rights, but they don't have as much freedom as independent organizations. We'll look at a couple of those on the next page as we examine international human rights organizations.

During the Cold War, the world was divided into hostile camps, and human rights often took a backseat to allaying the very real possibility of global nuclear war. The Universal Declaration of Human Rights, ratified in 1948, was rendered moot almost immediately as an international blind eye was turned to apartheid, gulags, and overthrow of foreign governments by both the United States and the USSR. 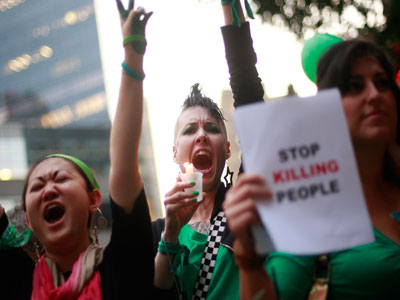 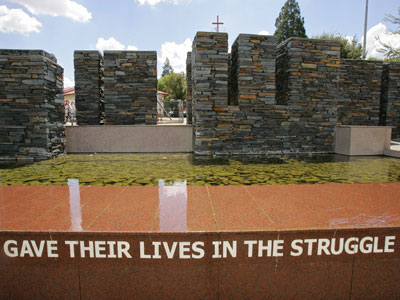