How to Volunteer at a Soup Kitchen

by Juliet Kaman
NEXT PAGE 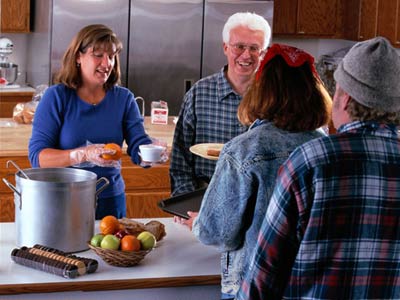 Every day, millions of Americans go hungry. In fact, more than 12 million children and 22 million adults in the U.S. live in households facing food insecurity -- meaning they don't have enough money to meet basic food needs [source: bread.org and FRAC]. With the economy at its worst since the Great Depression, more and more Americans across the country are turning to local soup kitchens for daily nourishment.

During the Great Depression, America saw the first of its soup kitchens. By the early 1930s, 12 million Americans were unemployed, so the need for assistance was increasing every day. This is when soup kitchens began to surface. You might be surprised to find out that an early benefactor of this idea was one of the most widely known outlaws in the United States [source: U-S-History.com].

Al Capone, most famous for his many gang-related crimes in prohibition-era Chicago, recognized the call to help. He opened a soup kitchen to benefit his crime-ridden neighborhood -- and his own image [source: U-S-History.com]. His shelter fed unemployed residents up to three meals a day consisting of soup and bread. This tradition has become the standard. Today, soup and bread remain staples at many soup kitchens. After all, bread is inexpensive and filling and the high levels of carbohydrates help provide energy. And soup is relatively inexpensive and easy to prepare in massive batches.

Homeless people and struggling families can find shelter, a warm meal and friendly faces in soup kitchens. Thomas Meyers, the executive director of Mel Trotter Ministries Soup Kitchen in Grand Rapids, Mich., said he always tries to provide a smile to those who need to see one the most. He said volunteering in a soup kitchen is rewarding not because you get to meet great people, but because you can see the satisfaction on people's faces when they take a bite out of a warm meal [source: Meyers].

All volunteers at soup kitchens make a difference in somebody's life. And while you may find yourself short on free time, the rewards of volunteering at a soup kitchen will be worth it. Read on to learn more. 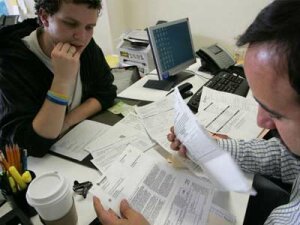 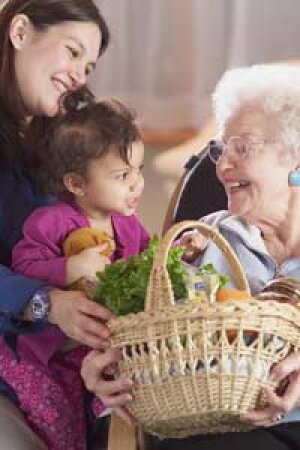 How to Become a Hospice Volunteer