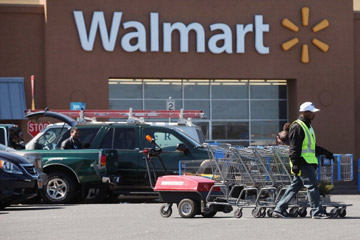 Contrary to the Bible, when David takes on Goliath in the real world, Goliath almost always wins. Let's say you bought stock in Enron back in the late 1990s, believing it was one of the most successful and innovative energy companies in the world. When the company collapsed in 2001 after evidence surfaced of massive accounting fraud, your stock portfolio plummeted. Could you sue for damages? Sure, but even if you lost tens of thousands of dollars in Enron stock, you'd spend more in legal fees trying to fight Enron's army of attorneys.

By yourself, you're a David fighting a Goliath. But what about all of the other Enron investors who got nailed by its corporate malfeasance? If you all sued Enron together, you'd become an army of Davids -- with your own Goliath-caliber lawyer. This is the essence of a class action lawsuit. In this context, a class is any group of people who are claiming similar injuries or damages from the same company or organization. And in 2006, a class composed of duped Enron investors settled its lawsuit for $7.2 billion [source: CNBC]. Go, David, go.

Class action lawsuits are a civil litigation "device." Civil law, as opposed to criminal law, deals with private disputes where one party accuses the other of injury (physical, psychological, emotional or financial) and sues for damages. A class action is considered a device of civil litigation because it doesn't change the rules of civil law; it simply allows multiple parties to sue over the same legal grounds. In every class action suit, there is a representative plaintiff or lead plaintiff whose name is the only one to appear on the case, as in the current sex discrimination suit before the Supreme Court, Dukes v. Wal-Mart Stores, Inc.

The Enron case is an example of a class action suit involving widespread damages from corporate fraud, but there are lots of good reasons why a group of people would want to sue the same company.

One of the most common is product liability. When faulty Bridgestone/Firestone tires led to numerous accidents and injuries, a federal judge in Indiana certified the scope of the class to include "all current residents of the United States who… owned or leased a 1991 through 2001 model year Ford Explorer as of August 9, 2000" [source: FindLaw]. That's a big class. Makers of silicone breast implants were the subject of another huge product liability class action, which eventually settled for $3.4 billion [source: CNBC]. Environmental disasters can breed class action suits, too, like the fishermen and canners who sued Exxon over the Valdez oil spill.

We'll continue our explanation of how class action lawsuits work with a brief overview of the legal history of class actions.