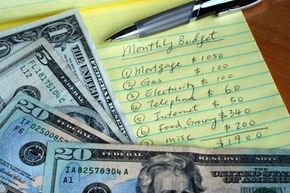 Cost of living raises are intended to keep your pay the same in relation to rising prices.
Hemera/Thinkstock

In the U.S., most cost-of-living raises are based on the Consumer Price Index (CPI). The CPI is an approximation of how much someone must spend to attain a certain level of well-being. It measures the price of a "market basket" of goods and services that a typical household buys. Because new products are always coming on the market and consumers tend to shift their buying choices as prices rise or fall, the CPI includes a statistical weighting that adjusts the raw price data [source: BLS: CPI].

The Bureau of Labor Statistics (BLS), which compiles the CPI, bases its measure on the purchases of a sample of wage and clerical workers. This is known as the CPI-W and is the standard most commonly used to determine cost of living raises. But not all cost-of-living raises are linked to the CPI. For example, the pay of federal employees is adjusted in part by the movement of the Employment Cost Index, which tracks pay levels for various jobs, not prices [source: Congressional Research Service].

The biggest group affected by cost-of-living raises is Social Security recipients. Some employees have contracts that include automatic cost-of-living raises. Others work for companies that voluntarily increase pay to keep pace with inflation. In at least 10 states, the minimum wage rate is adjusted according to inflation, so low-wage workers receive periodic raises [source: Cauchon].

Another type of cost-of-living raise, often called "locality pay," takes into account not inflation but local prices. When an employee is transferred to a high-cost area, a company may adjust his or her salary to make up for the loss of buying power. For example, the U.S. military raises pay temporarily for personnel stationed in high-cost-of-living posts.

The amount of the cost-of-living raises varies with inflation. Read on for more details about the average raise.

The level of inflation has varied widely and so have cost of living raises. Regular Social Security cost-of-living adjustments (COLAs) began in 1975 when inflation was running high. The first COLA was 8 percent. The raise reached a high of 14.3 percent in 1980. During the 1990s, lower inflation led to more modest increases, which averaged 2 to 3 percent a year. While inflation has never returned to 1970s levels, a spike in energy prices in 2008 meant a 5.8 percent increase that year [source: Social Security Online/Historical].

So what happens when there's no inflation? What if the CPI actually drops, a trend known as deflation? Most cost-of-living raises only go one way. There is no pay cut in the case of deflation. The recession did reduce inflation to zero in 2009 -- in fact the CPI went down slightly over 2008. That made 2009 the first year when Social Security recipients received no COLA [source: Practical Money Skills].

In the private sector, contracts with cost-of-living raises have been disappearing over the past several decades. The reasons include the low level of annual inflation, the waning power of unions, and employees' focus on other benefits, like health insurance.

The pay raises companies offer today are more likely to depend on productivity and profitability than on the level of inflation. Employers want to avoid automatic pay increases. They would rather give a one-time bonus to counteract a year of higher inflation than be stuck with permanent increases.

Public workers are more likely to be covered by cost-of-living raises. Some state laws require cost-of-living raises as part of state employee contracts. This has led to more-rapid wage increases for public workers than for employees of private companies. From 1998 to 2008 public wages grew almost 29 percent; private wages increased only 19 percent [source: Gillespie].

In the next section, you'll read about how frequently cost of living raises tend to be given.

No index can measure inflation with absolute accuracy. In addition to the CPI-W, the Bureau of Labor Statistics has developed two alternative indices. CPI-U is based on a wider sample of more urban citizens, including retirees. CPI-E tracks the purchases of those over the age of 62. Some have argued that these indices would offer a better way to set cost of living raises, but so far the CPI-W is the standard [source: Penner].

When the Social Security program first began to pay benefits, it didn't include a cost-of-living raise. Raises were mandated periodically by Congress during the 1950s, 1960s and 1970s. The Social Security Amendment of 1972 required automatic COLAs beginning in 1975. But for these raises to engage, there had to be at least a 3 percent rise in the CPI-W from the previous year [source: Social Security Online/Cost of Living Adjustments].

Because inflation had tapered off, Congress eliminated the 3-percent "trigger" in 1986. Future raises in the Social Security COLA were linked directly to the CPI-W if it rose by more than 0.1 percent [source: Social Security Online/Cost of Living Adjustments].

Some employment contracts give annual raises that aren't tied to any index. For example, a union might negotiate a 3-percent wage hike for each year of a five-year contract. These raises are often referred to as cost-of-living raises but they differ from true COLAs. The amount of the raise is negotiated, not tied to the CPI. Workers receive the increase even if there's no inflation.

If you haven't received a raise in some time and inflation has eroded the buying power of your salary, you can consider asking your employer for a cost-of-living raise. You should be aware of the recent movement of the CPI. The BLS offers an online inflation calculator, which you can use to estimate your loss of buying power since your last raise. You can also cite industry statistics that show the level of wages in a particular area (the BLS Occupational Outlook Handbook is a good source). If you're transferred to a location with a higher cost of living, it makes sense to request a raise to offset the difference.

One thing to keep in mind is that cost-of-living raises aren't really raises. They're simply intended to keep your pay the same in relation to rising prices.

Read on for more information about cost of living raises.

Ida May Fuller was the first American to receive Social Security benefits. When she retired in 1940, she received $22.54 each month. It wasn't until 1950 that she received a cost-of-living raise -- to $41.30. Fuller continued to receive benefits until her death in 1975 at age 100 [source: Social Security Online/Historical; Weiner]. 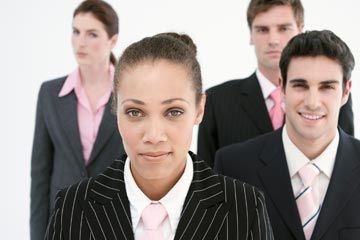 Up Next
How to Advance in a Company
Explore More 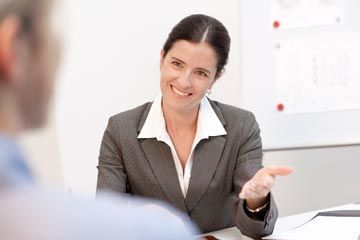 You May Like
How to Ask for a Raise
Explore More