Browse the article How to Negotiate Salary 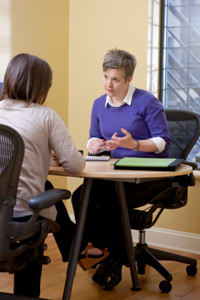 Asking for more money can be intimidating -- how should you go about it?
Tim Klein/Photodisc/Getty Images

For many, there's nothing more intimidating than to try to argue salary with a potential or current boss. It takes a lot of confidence to go up to the person with power to hire or fire you and say you deserve more than you were offered. But all too often, people with shy or reserved personalities accept first offers without even trying to negotiate.

While it speaks well of your character if you are inclined to be content with what life hands you, negotiation is a part of business. Managers expect it and will not hold it against you if you ask for more. In fact, it's because they expect it that it's so important to negotiate.

For one, managers will respect you for asking for more, because it shows business savvy -- this reflects well on how you can help the company. But also, managers will usually make a low first offer in anticipation of negotiation. Don't fall into the trap of taking less than your company is willing to pay you. Just ask.

In fact, what's called the gender gap -- men being paid more than women for the same jobs -- partly has to do with the fact that women don't negotiate enough. Authors Linda Babcock and Sara Laschever explored this phenomenon in their book, "Women Don't Ask." According to the authors, men are more likely to negotiate their first salary -- a staggering four times more likely in fact. And someone who fails to negotiate first salary alone can lose about $500,000 in wages by the age of 60 [source: Babcock].

So what can you do? Well, as Shakespeare put it, "screw your courage to the sticking place" and work on your confidence before you step into negotiations. And merely knowing the unspoken rules of salary negotiations will help you develop that confidence. We'll arm you the best tips from negotiation experts in the next few pages.

How to Negotiate a Starting Salary

One element of developing confidence in salary negotiations is to know what you can reasonably hope to expect. Don't enter negotiations without doing research on what others are paid.

However, be sure to consider people who are performing the same work as you and have the same type of expertise. If you know such people and feel comfortable enough with them, you could ask them personally. But there are several good sources that list average salaries for different professions, such as the Department of Labor's Bureau of Labor Statistics and Salary.com.

Location matters, too. The cost of living can vary widely between, say, New York City and Tulsa. So, if you're considering taking a job that would mean moving to a more expensive city, don't let the offer of a slightly higher salary fool you -- it could amount to a pay cut in the long run.

Although research is important, it won't help if you don't know good negotiation strategy. Experts agree, for instance, that you shouldn't be the one to broach the subject of salary. Don't reveal your last salary at all, and don't say your salary expectations until the prospective employer has named a figure. Although employers usually ask for you to name a figure first, you can politely sidestep this by simply saying "It's negotiable" or "I'd like to see if I'm right for this position before we discuss salary" [source: Weiss].

And, of course, you should negotiate the first offer. If the employer has reached a limit and can't go any higher, this doesn't mean negotiations are over. Many prospective employees don't realize that perks other than salary are negotiable -- like vacation time, which we'll discuss later. But other terms could be on the table as well.

For instance, some companies are able to offer a signing bonus. This is a bonus you get right off the bat for joining a company. It may sound like a strange idea, but companies can avoid awkward situations with a signing bonus. You can probably see how it may cause tension in a workplace if an outsider is brought in on a very high salary, for instance [source: Dawson].

Another option is to ask for a review sooner than the standard yearly review. This will give you an opportunity for a raise quickly, after you've had a little time to prove yourself. Next, we'll talk about good strategy when discussing a raise.

Once you've been working somewhere for a while, you probably have at least a little insight about how a company is doing financially. Get an idea about whether the company can currently afford to offer their employees raises. It might be smart to hold off on asking until the company is in a better position.

How to Negotiate a Raise 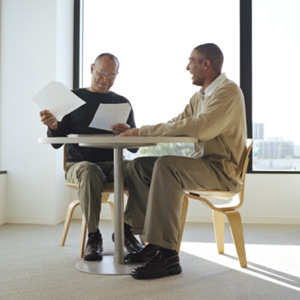 Try setting up a meeting outside of an office.
Seth Joel/Taxi/Getty Images

The rules and tips on the last page for negotiating a staring salary generally apply for negotiating a raise in salary. For instance, it's still important to not accept the first offer. And you should still feel confident to ask for more, even if a raise isn't offered during an annual performance review. You should also still do research, especially if you didn't think to do research last time you negotiated salary. But even if you did research before, market conditions might have changed since the last time. And, of course, you can negotiate other forms of compensation.

But there's a different dynamic now. For one, you've established a working relationship with your boss, which, depending on the nature of the relationship, could make the subject of salary more uncomfortable than the last time.

Considering your relationship with your boss, negotiation expert Michael C. Donaldson recommends changing the usual playing field. In other words, don't have the raise conversation in the same positions that you accept assignments and direction for your boss. For instance, if your boss usually gives direction from behind his desk to you in a chair, try to equalize the positions where you're both sitting on couches [source: Donaldson]. If this isn't possible, try moving your seat to a new position -- preferably to the side of the boss's desk. Donaldson also suggests standing for the first few minutes of the conversation to assert confidence.

Another major difference between the starting salary negotiation and the raise negotiation is that, after working at a company, you've also had opportunities to show what you can do. You've probably racked up some accomplishments to give you leverage in your negotiation. Make a list of your successes and accomplishments during your time there. If you've gotten any notable praise from superiors, include that as well. Present these to your boss to show how valuable you are as an employee.

The usual time for raise negotiations is the annual performance review. However, experts say you don't necessarily have to wait. If you do decide to ask earlier, ask after you've accomplished something. And give your boss a fair heads-up: Ask to schedule a short meeting with your boss to discuss your salary. And afterward, give the boss time to think about it or confer with his superiors.

How to Negotiate for More Vacation Time 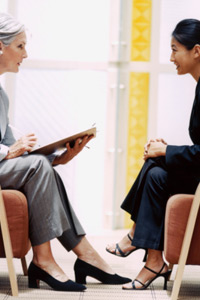 If a raise isn't possible at the moment, ask about more vacation time.
Zia Soleil/Iconica/Getty Images

One fundamental concept of negotiation is the idea of "enlarging the pie." The "pie" refers to what competing negotiators fight over. Enlarging the pie means to find something the other side can offer you and bringing that into negotiations (for more, read How Negotiation Works). One might assume that in salary negotiations, parties only fight over money. This would be a mistake, because employers can give their employees more than just money. They can offer perks, flexible working hours and, perhaps most important, vacation time.

Vacation is incredibly important to employees. Because stress at work can contribute to high blood pressure, coronary artery disease and even depression, psychologists maintain that vacation time is an essential way to relieve stress [source: Sears]. Interestingly, work hours have gradually increased and vacation days have gradually decreased in the United States compared to other countries. While U.S. workers will take about 2 weeks vacation per year, European workers can take 3 to 6 weeks [source: Sears].

Although it's a form of compensation, paid vacation time might be easier for a company to offer than a raise in salary. Don't be afraid of looking like a slacker for asking for more vacation. As long as you show that you're a hard worker, you'll deserve that much-needed time off, especially considering the health risks of work stress the importance of a good work/life balance.

When negotiating vacation, it's wise to show flexibility. For instance, you can agree to not take all the vacation at once.

Many companies have also adopted flextime, which is simply a policy of flexible working hours. This could be an official company policy that you could take advantage of, or if not, it can be an informal agreement that you can negotiate. Parents and those with family responsibilities especially like to take advantage of flextime hours.