Social Network as a Circle of Ties

Strong ties are harder to maintain than weak ties because they require frequent contact and more time and attention. Since strong ties require so much energy, there's a limit to how many an individual can maintain. Weak ties, on the other hand, are practically limitless, since they include people you may have met only once or know in a very specific social context (the secretary at your dentist's office, for example). 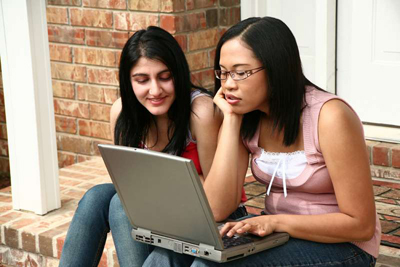 The main advantage of weak ties is that they serve as bridges to unexplored areas of the social network. At college, for example, it's natural for your first social network to be limited to people who live in your dorm. Then, one day, the kid sitting next to you in calculus class invites you to a party at his dorm. Suddenly, this weak tie has opened up a completely new segment of the college social network.

Weak ties are also important for exposing us to "non-redundant information," meaning opinions and ideas that are outside of our circle of strong ties. This type of "novel information" could help us locate a wider range of dating possibilities or land a new job in a company we'd never heard of before [source: Journal of Computer-Mediated Communication].

There's evidence that social networks are most effective at generating social capital when they come about naturally, rather than being created. Self-made networks are called informal networks, while those imposed by an outside source -- like the bureaucracies and hierarchies in large companies -- are called formal networks.

Social psychology experiments in the 1930s first proved that workers are more productive within informal social networks. People, it seems, resent being told who to work with, where to get information and how to share it.

For businesses, that's led to a rise in "flatter" organizational structures, in which instructions don't necessarily come down from above and information works its way slowly back upward. Rather, ideas and management decisions can move up, down and sideways, with an emphasis on "peer-to-peer" collaboration.

Let's look at technology's effect on social networks, particularly its power to help us connect with and maintain even more strong and weak ties.