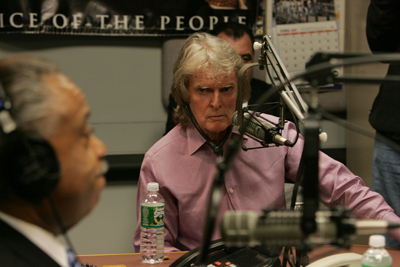 Press releases aren't only used for promoting positive events like product releases or expansion plans. They also can be a PR professional's sharpest weapon when defending a client against bad publicity during a crisis.

Defensive press releases are part of an overall crisis communication plan that's put into motion by PR professionals at the first sign of trouble. A PR crisis could be many things: an industrial accident, a product recall, a racist statement during a speech or allegations of criminal activities.

Defensive press releases use tactical language to put a good (or at least less negative) spin on bad news. For example, when Chrysler announced on Nov. 1, 2007, that 11,000 U.S. manufacturing jobs were being eliminated along with its decision to discontinue four models, its press release stated the company was making "market-related adjustments" and "volume-related manufacturing actions." It also turned the focus on the introduction of four new models, including two hybrids. [source: Chrysler Media Site].

In today's 24-hour news cycle, bad publicity comes fast and spreads even faster. A well-prepared PR professional will already have a crisis communication plan in place, including ready-made press releases for responding quickly to a variety of potential crises. These stock press releases can be customized to include important information about the current crisis aimed at diffusing the situation.

Sometimes defensive press releases are necessary simply to combat negative information in the press that has yet to become a crisis. In these situations, it's important to first take a step back and examine the real or potential damage done by the story to the client's reputation or credibility. In many cases, the negative article is an isolated incident that will blow over in a few days. The best move in these situations is to do nothing: lay low and let the news cycle move on [source: Entrepreneur.com].

In certain cases, issuing a defensive press release may only serve to draw more attention to a matter. For instance, a technology critic for a major newspaper writes a bad review of a new Apple product. If Apple issues a press release refuting the critic's review, it may escalate the situation leading to a war of words between Apple and the critic.

But if it's clear that other news outlets and blogs are picking up on the story, it's time to issue a defensive press release. There are a couple of options for the format and tone of the defensive press release. A PR professional can choose to stick with the standard format, which resembles a news story with a strict journalistic tone. In this type of defensive press release, it's important to put emotions and editorializing aside and lay out the facts in a convincing way. Third-party expert opinions should be used to support your argument [source: Entrepreneur.com].

Another option for a defensive press release is a "letter from the CEO" format [source: Entrepreneur.com]. Even though it may be written by a PR professional, this letter comes across as a more personal and genuine response to a crisis situation. This type of press release may be more useful to send to clients and customers, rather than the press. It shows a client's constituents that someone in the company is taking charge and working on solutions [source: Entrepreneur.com].

On the next page, we'll talk about how PR professionals distribute press releases.