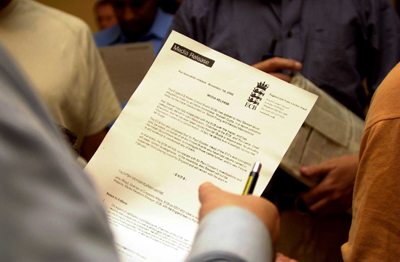 For example, positive press releases can announce the opening of a new movie, introduction of a new product such as the iPhone, availability of a new hospital service or program.

One way to ensure that your press release reads like a news story is to take a balanced approach to your topic [source: WebWire]. Don't just talk about your specific company, event, product or announcement, but put it all in perspective. Include facts about the industry in general, recent buying trends and expert third-party reports.

Successful PR depends on relationships. A journalist is much more likely to consider a positive press release if the PR professional has invested significant time to build a relationship of mutual trust. One way for the PR professional to establish such a relationship is to always make himself available to the journalist as an honest source of information about the company or client. If the PR representative has helped the journalist in the past by commenting on a controversial issue -- or getting his client to comment -- the journalist is more likely to do the client the "favor" of running a purely positive story based on a press release.

More and more journalists are searching online press release resources like PRWeb and PRWire to get content related to their beat [source: About.com]. To capitalize on this phenomenon, make sure your press release contains keywords that will land your release at the top of the search results [source: Business Know-how].

On the next page, we'll talk about defensive press releases.

Compelling images and informative graphics play an important role in both print and TV journalism. Press releases are no different. A lukewarm press release with an unforgettable photo could land a story on the front page. A press release should supply journalists with all the necessary components to write a good story. That package includes photos and graphics.

Not all photos are created equal. A generic photo is as uninspiring as generic press release copy, so avoid executive headshots and stock photos. Photos should tell the story as clearly and as artfully as the text.