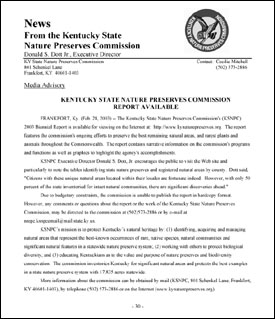 Writing an effective press release involves developing a story idea that's unique, timely and newsworthy. According to the American Heritage Dictionary, news is "any new information" or coverage of "current events," so a press release won't pique the interest of journalists unless it contains something truly original or is closely tied to current events.

Several factors can make a story newsworthy. Timeliness is the most important, or else the story wouldn't be "news." Also important are the prominence of the people or organization featured in the story, the physical proximity of the story to the intended audience and the "human-interest" angle. Human-interest stories are emotional in content and frequently feature kids, the elderly, animals and charitable institutions.

The next step is to find the specific journalists and media outlets that would be most interested in the story. Journalists typically work a "beat," covering a certain type of news like politics, cars or food. Determine the news area relevant to your idea and send press releases to the journalists who cover that beat. Even the best story idea will be ignored, if it's sent to the wrong person.

There are many ways to find the right journalist for your story, and the method you choose will depend on how many people you want to contact. For example, if the story isn't very time-sensitive and mostly of local interest, you could read the local papers and look for reporters who write about similar topics. If the reporter doesn't list his e-mail address, call the paper and ask for it.

If the story is of national or international interest and timeliness is key, then it makes sense to send the press release to as many pertinent media outlets and reporters as possible.

There are paid press release services that broadcast story ideas to hundreds of journalists at once. PR Newswire allows you to search the editorial calendars of participating publications to see who's writing about what and when. It also has a keyword-searchable database of more than 460,000 media contacts. For a fee, PR Newswire and similar services will upload your press release, edit it and e-mail it to as many media outlets as you want.

It's important to remember that journalists are human beings like the rest of us and are more likely to pay attention to a press release from a "friend" than from a complete stranger. That's why public relations professionals cultivate relationships with members of the media. If you're writing press releases, it's smart to contact journalists who cover your industry to determine what stories interest them.