What Companies Have Learned 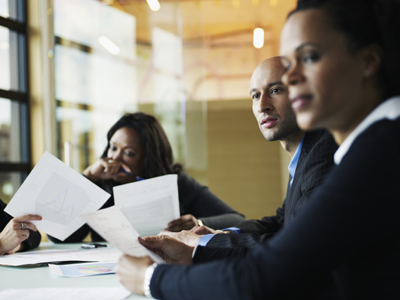 Sometimes, focus groups remind companies not to tinker with things that aren't broken. The makers of Jell-O, for example, decided they could save money by eliminating the bags of powder mix in each box, and putting the powder directly in the box, according to Bonnie Goebert in her book "Beyond Listening: Learning the Secret Language of Focus Groups." Goebert moderated focus groups where consumers experimented with the new Jell-O packaging. When consumers tried it, the powder sometimes spilled out of the boxes. Consumers hated it and the company dropped the idea and continued to use the bags inside the boxes.

Social scientists also use focus groups. A study presented at the 1996 International Aids Conference explored how poor Asian American and Pacific Island American teens view HIV prevention [source: Gateway]. Social scientists at the University of Hawaii in Honolulu convened 19 focus groups. The groups included 125 participants, ages 12 to 19, most of whom were Asian or Pacific-Islanders. The moderators led open-ended discussions on topics including HIV, sex, and drug and alcohol use. They found that participants were generally knowledgeable about AIDS, tended to over-estimate risk factors and knew how to protect themselves from AIDS. However, most didn't use condoms consistently.

The History of Focus Groups

Social scientists created the focus-idea concept in the 1940s to evaluate audience response to radio programs and to analyze the effects of army training and morale films during World War II. It wasn't long before businesses turned to focus groups to assist them in selling their products. Their popularity and usage grew throughout the 1980's and 1990's.