How Audio Controls for Conferencing Work 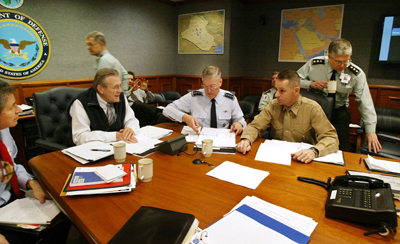 Audio controls can make life easier if you're hosting a conference call. With them, you can adjust sound levels for participants, mute and unmute individuals, and make other adjustments, such as locking the conference to keep out uninvited participants. As you explore conference call options and explore the role of Voice over Internet Protocol (VoIP) calling, the audio controls available with each option are well worth considering.

Conference calls, or teleconferences, can be a real time saver or a real headache. But audio controls can help make the experience more positive. Without them, you may have no way to adjust for:

Fortunately, with user-friendly audio controls, you can handle all of these situations and keep your conference running smoothly without outside distractions. And depending on the software or hosting service you're using, you can do that from your office desktop, your laptop on the road, any telephone or even mobile devices like a BlackBerry, iPhone, other personal digital assistant (PDAs) or smartphone. 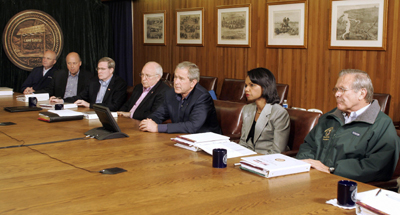 The primary speaker should have control of the audio portion of the conference, such as at this teleconference held at
© Jim Watson/AFP/Getty Images

Before you can consider audio control options, you need to start with conference call basics and your call options. You may be wondering how Voice over Internet Protocol (VoIP) calling fits in, so we'll take a quick look at that, too.

Conference call participants connect via a conference bridge, which is a server that allows multiple people to talk to each other. A company may own its own bridge or subscribe to an outside company to host conference calls on its bridge. Traditional phones use circuit switching to route each call through a series of switches until it reaches the bridge.

VoIP lets participants join in from their computers, using a microphone and speakers instead of a traditional phone. The network works differently, too. Instead of sending analog audio signals through circuits, VoIP converts those signals into digital data sent over the Internet in small chunks via packet switching.

Because VoIP calls are considerably cheaper than traditional phone calls, many companies and individuals have started using VoIP as their main communication method. Companies with a VoIP service provider can usually upgrade to get teleconferencing.

For conference call purposes, VoIP resembles traditional phone service. Both types of calls can usually connect on the same conference bridge, allowing your participants to join in from either system. However, if participants will be joining conferences via VoIP or smartphones, make sure your choice of software or hosting company can accommodate them.

Let's look at the options available for conference calls:

Next, let's look specifically at some of the available audio controls. 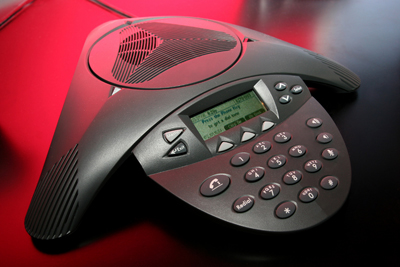 Audio control options can make a conference call easier from your desk using a VoIP network and your computer, or even from a traditional phone or BlackBerry at a project site. Depending on your call options, you'll want audio controls that you can run from your desktop or from a handset. You can get either in software or from hosting companies.

The advantage of these simple commands is that you can host a teleconference from any phone wherever you are and, in many cases, from your laptop computer. Some hosting companies also offer conference hosting with audio controls to accommodate mobile devices. Premiere Global, for example, offers ConferenceAnywhere, the mobile version of its ReadyConference Plus, to bring those functions to cell phones, BlackBerry devices and other smartphones.

Once you've decided on the type of audio controls you need, you can explore specific functions and find the software or hosting company that offers what you need. Here are some of the functions available:

We've seen that audio controls can help your conference run smoothly, but what if you don't have them available? Let's look next at what you can do.

What to Do When Audio Controls are Limited 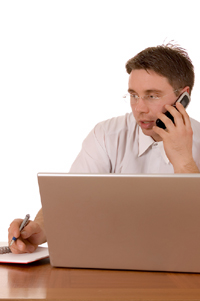 If you're not working with a hosting company and have limited audio conference controls, you can still take steps to make each conference call a sound success. And that applies whether you or any participants will be using a VoIP network.

Here are some suggestions for exercising audio control as the host of a conference call:

As Web conferencing becomes more widespread, audio controls are finding a place as just one component of software and services among those bundled together by hosting companies. Rather than just adjusting audio controls by using the desktop, a conference moderator can see a screen display allowing control of sound plus mutlimedia functions like whiteboards, application and browser sharing.­

As technology advances, audio controls are becoming much more sophisticated. Conferencing solutions from WiredRed and other hosting companies can include an audio wizard to help participants, as well as the moderator, to adjust their audio equipment settings for the best conference sound with VoIP.

WiredRed's e/pop conferencing solutions automatically starts its audio tuning wizard for each new user. The wizard helps the user to set headset or speaker volume control and to test and adjust levels for the microphone attached to the computer's sound card or USB port. Sound information about each participant is tracked so that the moderator will know ideal settings for the participant's audio devices for future conferences [source: WiredRed].

Given the convenience that audio and Web conferences offer, the technology to support them is bound to advance.

For lots more information about audio controls for conference calls and related topics, check out the links on the next page.

Should Restaurants Charge a Penalty Fee for Uneaten Food?
Indie Bookstores Defied Amazon. Who's Next?
Why are businesses investing in online project management?