Browse the article Beyond Bitcoin: What’s the Next Big Cryptocurrency? 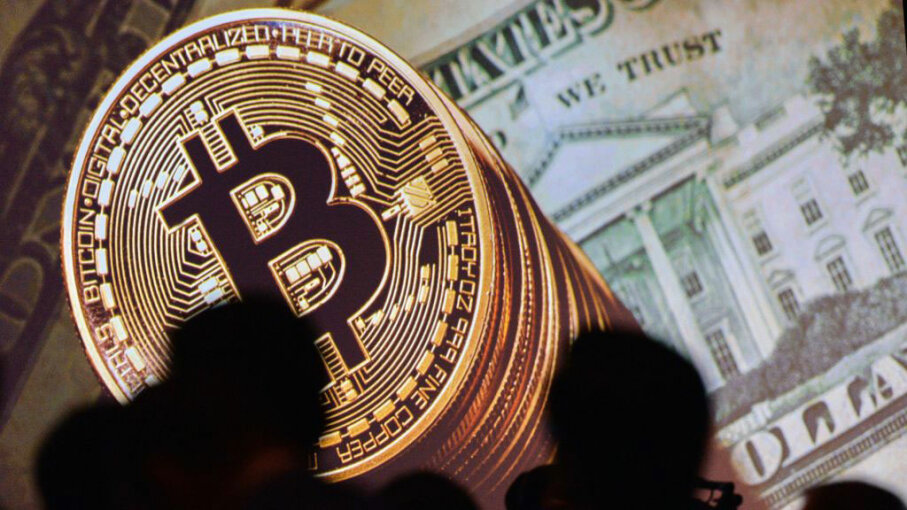 An image of Bitcoin and U.S. currencies is displayed on a screen as delegates listen to a panel of speakers during the Interpol World Congress in Singapore on July 4, 2017. ROSLAN RAHMAN/AFP/Getty Images

In 2017 alone, the price of a Bitcoin exploded from under $1,000 in January to more than $10,000 in early December, earning the top cryptocurrency a market capitalization of more than $167 billion. The surprise success of Bitcoin has opened the floodgates to a torrent of new cryptocurrencies competing for investor dollars.

Bitcoin is an invisible digital currency (with no physical backing) that can be sent from one internet user to another. It runs on blockchain technology. The blockchain works by recording financial transactions on a shared digital ledger that's encrypted on a peer-to-peer network. Instead of relying on a large financial institution or centralized servers to process payments, the blockchain runs on thousands of computers or "nodes" worldwide. Advanced cryptography keeps financial information secure and largely anonymous, so data breaches are impossible.

The blockchain is being heralded as a world-changing technology that will permanently disrupt the highly centralized (and fee-based) financial system. Investors, eager to get in on the ground floor of this potentially revolutionary technology, are throwing money not only at Bitcoin, but at the more than 1,000 crypto-competitors known collectively as "altcoins" (Bitcoin alternatives). Skeptics are comparing this to the dot-com bubble.

Bitcoin was first released in 2009 by anonymous coders under the pseudonym Satoshi Nakamoto. Critics initially dismissed Bitcoin as a futurist pipe dream — or worse, a boon to black market criminals — but now Bitcoin's underlying technology is being hailed as the future of finance.

Andrew Miller is an assistant professor of electrical and computer engineering at the University of Illinois at Urbana-Champaign and associate director of the Initiative for Cryptocurrencies & Contracts. He thinks the bubble talk is irrelevant. What's more important is that investor speculation is fostering rapid innovation, creating hundreds of "really exciting experiments" in the form of new cryptocurrencies, each with unique functionalities.

"Anyone investing in technology understands that there will be many failures," says Miller. "It seems to be the case with cryptocurrencies that the speculation is funding what is hopefully a really important infrastructure development."

Ethereum isn't just a cryptocurrency. It's a platform for building applications that run on the blockchain. Like Bitcoin, Ethereum has its own programming language, but it's much more powerful and versatile than Bitcoin's. And unlike Bitcoin, Ethereum isn't out to replace conventional money, but simply to enable more secure transactions on the blockchain. Ethereum has its own cryptocurrency called ether, but it's only useful within the Ethereum platform. You'll never use ether, for example, to buy Xbox games like you can do with Bitcoin.

Vipul Goyal teaches a graduate course on blockchain and cryptocurrencies at Carnegie Mellon University (CMU). He thinks that the surge in new cryptocurrencies will soon stabilize, leaving only a few dozen in circulation. He also thinks that Bitcoin's position at the top may not be permanent.

"My personal prediction is that Ethereum will end up becoming the biggest cryptocurrency," Goyal says.

The reason is that Ethereum's programming language and platform make it easy for startups and developers to create decentralized apps (Dapps) that empower individuals and businesses in new ways. One of the biggest, says Goyal, is the idea of "smart contracts." Instead of paying lawyers to write and enforce a contract, the deal can be programmed on the blockchain. Smart contracts enforce themselves, even imposing penalties for a breach.

Before coming to CMU, Goyal worked for Microsoft India, where he says the company was moving contracts for real-world properties like office buildings onto the blockchain to avoid costly legal disputes.

Ethereum also makes it easier to use what Miller at the University of Illinois calls "programmable money." He uses the example of a college student's bank account that's programmed with certain parental controls. The student can withdraw up to $100 a week for expenses, but anything beyond that requires an authorization by the parents' unique cryptography key. Miller thinks that programmable money is one of those ideas that will quickly spread into mainstream banking.

Besides Ethereum, some of the other altcoins gaining traction promise greater security and anonymity than Bitcoin. Miller says that the initial media buzz over Bitcoin's unbreakable privacy was "only partially true," and that the original version of blockchain still leaves users vulnerable to hackers.

Next-generation cryptocurrencies like Zcash (for which Miller is an adviser), Monero and Dash deploy much more advanced cryptography that completely hides the identity of users and the value of transactions.

There are still plenty of obstacles that may delay or potentially derail the widespread adoption of cryptocurrencies. Transaction speed is a big one. With Bitcoin, transactions need to be verified by half of all active nodes on the network, which Goyal says takes 30 minutes on average. Ethereum can only handle 13 transactions per second, which is 250 times too slow to serve a user base of 10 million.

"Unless there's a real technological breakthrough, I don't think we'll get to the point where we'll pay for groceries using crypto," says Goyal.

Another potential monkey wrench is government regulation. One of the benefits of cryptocurrencies is that they operate outside of highly regulated financial systems and government control. But some companies are getting ready to offer bitcoin futures contracts, which will encourage mainstream investors to get involved, as well as spur federal regulation, via the Commodity Futures Trading Commission.