by Chris Warren
Prev NEXT
8 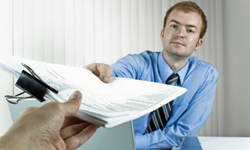 At the end of 2008, the Bureau of Labor Statistics, a division of the U.S. Department of Labor, released a report detailing what non-manufacturing jobs were the most susceptible to being sent offshore. The authors pointed specifically to occupations that didn't require face-to-face interaction (like a barber) or intimate knowledge of cultural tastes (like marketing). Included in the top 10 most offshorable occupations was tax preparer, a job that depends on two things: financial information from a client and knowledge of tax laws. In 2008, the Internal Revenue Service made it a requirement for tax preparation companies to let their customers know when a return was being completed overseas. No such disclosure is needed when an American company outsources a tax return to be completed by another U.S. firm -- something that happened an estimated 240,000 times in 2008. That number is expected to grow in subsequent years because of the cost savings involved [source: Paskin].

If numbers and taxes aren't your thing, read on to discover what Web programmers and designers have in common with strawberry pickers.