by Joseph Miller
Prev NEXT
2 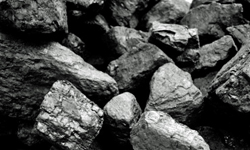 Toxic gases and unsteady ground from an underground coal fire forced most residents of Centralia, Penn., from their homes.
Hemera/Thinkstock

Miners in Pennsylvania have long excavated anthracite coal for its appeal as long-burning coal. Towns filled with workers and their families popped up near mines, and Centralia was no exception.

In 1962, a common municipal trash burn outside town led to something out of the ordinary: fire struck a coal vein, igniting an underground blaze that has been burning ever since. By the 1970s, the fire had spread under the town, with plumes of toxic gas spewing from cracks in the earth.

While some residents reported illness from carbon monoxide poisoning, the town remained relatively unchanged until 1981, when a 12-year-old boy fell into a sinkhole. Nearly killed by the heat and toxic fumes, he became the poster child for Centralia's continuing problem. In 1983, Congress authorized $42 million for the relocation of the town's residents [source: Rubinkam].

Not all boom towns meet their end from natural disaster. Our final boom town collapsed under the weight of a worldwide recession.