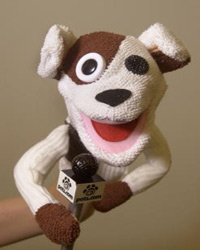 Few dot-com flameouts were as public and well-publicized as Pets.com. Pets.com was one of four (yes, four) online pet stores that arose during the Internet boom of the late 1990s. Pets.com made its name through a witty advertising campaign featuring an exuberant stoner-dude sock puppet and the slogan, "Pets.com. Because pets can't drive." The sock puppet was so popular it was turned into a balloon for the 1999 Macy's Thanksgiving Day Parade.

Blind to the fact that pet supplies made for lousy online sales (imagine the shipping costs on a 50-pound bag of dog food), Pets.com attracted big-name investors like Amazon.com, which came to own a 30 percent stake in the San Francisco-based company.

Pets.com had its IPO in 2000 and raised an impressive $82 million, but that wasn't anywhere near enough to make up for a leaky business plan. The stock went from a high of $14 per share at the IPO to a low of 22 cents a share [source: Wolverton]. In the end, the company tried selling sock puppet replicas and memorabilia, but even their famous mascot couldn't save them.

Only nine months after its IPO, Pets.com went to doggy heaven. However, the sock puppet lives on in commercials for car loan company Bar None, Inc.