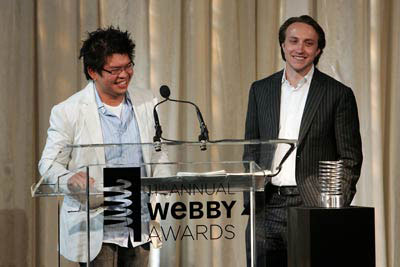 While YouTube's policies and software are fairly transparent, the company's financial structure is more mysterious. YouTube began as a private entity created by Chad Hurley, Steve Chen and Jawed Karim (Karim would later leave the company to continue his education). In the beginning, YouTube had no means of generating revenue -- it depended on investors like Sequoia Capital, which provided enough funding for YouTube to emerge from beta testing and go live in December 2005.

YouTube needed investments to stay afloat. Video footage, even in compressed Flash format, uses a lot of bandwidth, and companies must pay for the bandwidth they use. YouTube's popularity was both a blessing and a curse. It had become a major Web destination, but it also meant that bandwidth usage was on the rise. YouTube doesn't say how much bandwidth it uses, but articles published in 2006 claimed that YouTube streamed up to 200 terabytes a day [source: Forbes]. A terabyte is one trillion bytes.

Despite the fact that YouTube and its hosting provider, Limelight Networks, don't share their business accounting information, plenty of blogs guess about how much money YouTube must pay monthly for all that bandwidth. Most estimates are around $1 million per month, though some bloggers place the amount closer to $5 million. Either way, YouTube's bandwidth costs are just one of its expenses. Other expenditures include employee salaries and digital storage fees.

In November 2006, Google purchased YouTube for a reported $1.65 billion [source: New York Times]. YouTube still hadn't implemented a revenue strategy. The site's popularity continued to rise, but there wasn't a way to capitalize on it. Google began to look for ways to incorporate advertising on YouTube without alienating the YouTube community. In August 2007, Google began to introduce advertising in a few YouTube videos.

YouTube's ads are overlays -- transparent banners that appear at the bottom of videos about 15 seconds after the clip begins to play. Although an overlay partially obscures the video, YouTube claims that users find the ads more helpful than annoying and that the ads are five to 10 times more effective than other forms of display advertising [source: Telegraph].

Some YouTube members were worried that Google's advertising strategy would earn money off the videos of average members. Google must have foreseen members' anxiety and announced that it would share advertising revenue with video creators. Not all videos feature advertising -- only videos with a lot of views or creators with a large subscription base get to participate [source: YouTube].

Whether or not YouTube is a financially successful organization, it's certainly an important entity. It may even represent the next step in how we access media. Many people in the television industry believe that in the future, televisions and computers will merge together. Viewers will be able to access entertainment on demand. YouTube's popularity seems to support those assumptions.