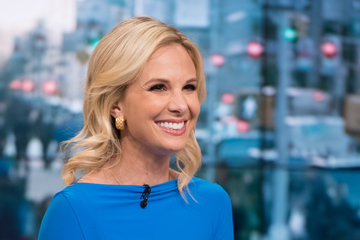 "Survivor" contestant Elizabeth Hasselbeck was able to parlay her reality show success into a career as a TV host.
Noam Galai/Getty Images

Take a look at the tabloids and you might wonder whether getting cast on a reality show is worth it. Richard Hatch of "Survivor" served time in jail on tax evasion charges after he won his season. Worse, Joseph Cerniglia jumped off the George Washington Bridge a few years after being subjected to the vitriol of Gordon Ramsay on "Kitchen Nightmares" [source: The Hollywood Reporter]. Getting cast on a reality TV show might seem like career common sense, but is it?

When it comes to reality TV, yes. Cary Williams-Nunez, owner of Prime Time Boxing, says her business increased by 40 percent after she appeared as a contestant on "Fear Factor"[source: Ellin]. Several reality contestants spun their "Survivor" success into lucrative careers. John Cochran, who won season 26, landed a job in television, writing for the CBS show "The Millers." Perhaps most notably, Elisabeth Hasselbeck, a final four finisher in season two, went on to a career as co-host of "The View" with Whoopi Goldberg, Barbara Walters and others. After a decade working that sweet gig, Hasselbeck landed another TV job as co-host of "Fox and Friends."

Even if a contestant doesn't win, just being on a reality competition can open doors to exciting careers. Many "America's Next Top Model" alums go on to achieve their dreams of modeling professionally. One contestant, Fatima Siad, actually landed top-level work as the face of Hervé Léger's spring 2012 campaign. Fashion designer Austin Scarlett, who appeared on season one of "Project Runway," scored a job with Kenneth Pool as creative director for his bridal line. One of the most exciting reality competition success stories has to be Jennifer Hudson's. Hudson finished seventh on her season of "American Idol" and went on to become an Academy Award-winning actress and a successful recording artist.

Being on a reality competition isn't all fun and games. Long workdays, communications blackouts, loss of privacy and more can push contestants -- by design -- to their emotional breaking points. But for those who stick it out (and even those who lose early, but manage to make themselves memorable), the payoffs can be handsome. At the very least, appearing on a reality competition can provide new career opportunities. We keep it real with lots more reality TV links on the next page.