How big is too big? That's the question that economists and policymakers are asking about Amazon, the $560 billion company that first made its name selling books online, but has rapidly morphed into an "everything store" with its hands in just about every retail sector in America.

There's no question that Amazon dominates e-commerce — in 2016, its online sales were six times greater than Walmart, Target, Best Buy, Nordstrom, Home Depot, Macy's, Kohl's and Costco combined — but is Amazon's incredible success bad for consumers and the economy?

Lina Khan, director of legal policy at the Open Markets Institute, a think tank that warns about the dangers of monopolies, believes that Amazon represents a new kind of monopoly for the digital economy. The problem is not only that Amazon commands such a huge share of all online sales — 43 percent in 2016 — but that so much of the rest of the digital economy is dependent on Amazon's technology platform.

Khan compares Amazon to a 19th-century railroad company that decides which oil drillers and wheat farmers can ship on its tracks, and at what cost. Because of Amazon's e-commerce dominance, smaller retailers feel compelled to sell on Amazon's third-party Marketplace platform. Amazon has been accused of using its market position to bully book publishers over prices, and to introduce its own cheaper products when a third-party retailer has a hot seller.

The problem with accusing Amazon of being a monopoly is that it doesn't quite fit with the prevailing definition of monopoly that's been used by courts and the Federal Trade Commission since the 1970s. The issue isn't "bigness," says Marc Scribner of the Competitive Enterprise Institute, a free-market libertarian think tank, but consumer welfare. In general, a company can grow as much as it wants and control as much of the market as it wants as long as prices don't go up and consumers don't suffer.

You could make the opposite case about Amazon. The online retailer is so wildly popular with American consumers — 1 in 4 U.S. adults (63 million) are Amazon Prime members — precisely because of its low prices and (mostly) free shipping.

But Khan and others would argue that the consumer-welfare focus of antitrust law is outdated and misplaced. Yes, consumers love low prices, but at what cost? More and more market power and influence is being consolidated in the hands of one company. With Amazon's practice of buying up competitors (Zappos.com and Diapers.com) and expanding into new markets (Amazon acquired Whole Foods in 2017 with plans to disrupt the grocery industry), its grip on the economy is only likely to tighten.

But again, does Amazon's rapid expansion and increasing market dominance mean that it's doing anything illegal? Scribner says that there's no evidence that Amazon is using its market power to engage in anticompetitive practices right now. Instead, Amazon's critics are always warning about what might happen in the future, like leverage Whole Foods' 450 locations to push out competition in the grocery delivery business. (Despite its size, Amazon currently makes up only 3.6 percent of annual retail revenue in the U.S. Walmart is still much larger).

"That isn't how antitrust law works. There isn't an antitrust 'pre-crime'," says Scribner. "There has to be actual anti-competitive conduct that occurred for someone to be convicted."

But what about updating the antitrust laws, as Khan has called for, to reflect the danger posed by a single technology company not only acting as a gatekeeper to the digital economy, but expanding its reach into the physical world? Curt Hessler, a former economist with the Carter administration and a lecturer in antitrust law at the UCLA School of Law, says that Amazon's business model is unprecedented, and we simply don't know enough about them to rewrite the antitrust laws.

"Economists don't know enough about how all this works and where it's going and how fast it can change to be able to change the whole legal landscape — intelligently, anyway," says Hessler. "Any general principles that are established in Amazon's case will be applied across the whole digital economy and nobody knows what sort of effects those would have."

Now That's Scary
If you're wondering what the "United States of Amazon Prime" would look like, check out China. Two of China's biggest online retailers, Alibaba and Tencent, are poised to swallow the whole economy. "Three years from now," predicted a Chinese venture capitalist in the Financial Times of August 28, 2017, "90 percent of Chinese people will use either WePay [now Tenpay] or Alipay, they will sign up for Tencent or Alibaba Cloud, they will get their news from either WeChat or Weibo [now in effect controlled by Ali] and if they need funding they will take it from Ali or Tencent." 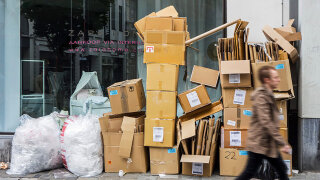 Has Online Shopping Changed How Much Cardboard We Use? 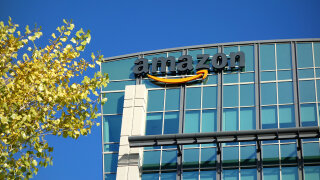 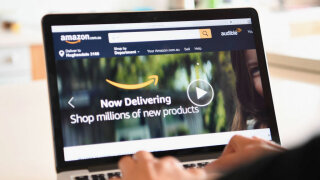