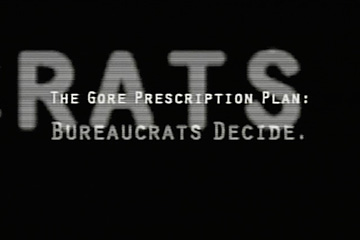 During the 2000 U.S. presidential race. Democrats complained that this political ad subliminally flashed the word "RATS" when disparaging nominee Al Gore's Medicare plan. Republicans responded that this was just the tail end of the word "BUREAUCRATS."
REUTERS/Reuters TV

In 1971, Gilbey's London Dry Gin published an ad in a July edition of Time magazine that caused quite a kerfuffle. The ad depicted a frosty bottle of the gin; set next to it was a tall glass filled with ice cubes, gin, a lime wedge and a stir stick. The issue? The word "sex" was apparently spelled out in the ice cubes. And indeed, once you took a closer look at the cube-filled glass, it certainly appeared to be true. But did Gilbey's do this intentionally, trying to send a subliminal message?

A subliminal message is a type of hidden signal or communication; it's designed to be passed on to recipients at some level that's beneath the normal limits of perception. The message might be recorded backward, a practice called backmasking, or it could be inserted into a frame of film that flashes by so quickly the conscious mind can't perceive it. Or, as in the example above, it could be a word or image hidden within an ad [source: Merikle].

Subliminal messages work similarly to hypnosis or auto-suggestion in that they're perceived outside the conscious realm, by the unconscious or deeper mind. So you don't consciously know you're being sent a message, yet a deeper level of your brain is taking it in [source: Dobson].

Many people fear that advertisers, politicians and other manipulative types may try to influence them through such messaging. Their fear stems from the fact that it's the conscious mind that critiques messages, and an unconscious mind, which picks up subliminal cues, would be unable to fend off these suggestions. Perhaps because of this, governments from Canada, Australia, the U.K. and the U.S. prohibit the practice [sources: Dobson, Subliminal Messaging].

Yet when you think about it, people are constantly being manipulated in all sorts of ways by advertisers. If a movie star is repeatedly reaching into a bag of Lay's potato chips during a movie that might make some people want to do the same without realizing why. Is that a subliminal message? And if so, is this form of subliminal messaging just as nefarious as flashing the words "Eat Lay's potato chips!" across the screen so quickly we don't consciously perceive it? And would either really work? Let's dig into the subject a bit, starting with the history of subliminal messages.

The History of Subliminal Messages 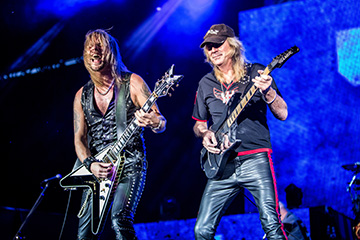 The heavy-metal group Judas Priest was sued by two families for allegedly inserting pro-suicide messages subliminally in their music. The band said they never did this and won the lawsuit.
Francesco Castaldo/Pacific Press/LightRocket via Getty Images

No one can say for sure when the first subliminal message was attempted. And as you just read, a lot depends on what you consider a subliminal message.But here's what we know. The Greeks — those master orators — first began using rhetoric to influence people as far back at the fifth century B.C.E. [source: Leggett]. Rhetoric is carefully selected language a speaker uses to persuade or impress listeners, although the audience often views the message as insincere or mere puffery. Still, it can work. People can unwittingly be persuaded to believe something a speaker says if the speaker uses just the right words, phrases or sentences.

In 1957, marketing researcher James Vicary gathered together a bunch of reporters for an important announcement. Vicary said he'd just completed a successful experiment at a movie theater that resulted in an 18 percent hike in popcorn sales and a 58 percent spike in Coke sales. The experiment was to continuously flash the messages "Drink Coca-Cola" and "Eat popcorn" to patrons as they watched the flick. The messages passed on the screen so quickly, Vicary claimed, they were imperceptible to the audience's conscious mind. That same year, the book "The Hidden Persuaders" by Vance Packard was published; it discussed how advertisers were constantly trying to manipulate us without our knowledge [source: Psychologist World].

People were outraged at this news. The United Kingdom banned subliminal advertising that same year, and left the ban in place even though the theater manager said the experiment didn't affect snack sales [source: BBC News]. In 1962, Vicary confessed he'd made up the results to make his marketing company look good [source: Locke].

But the panic about subliminal manipulation had already set in. In 1973, "Subliminal Seduction" by Wilson Bryan Key was released; it sold 2.5 million copies. The book's message about the prevalence of subliminal messaging (including the earlier-mentioned Gilbey's gin ad) and human gullibility shocked and enthralled people [source: Ewen]. Some folks also complained to America's Federal Communications Commission (FCC) about a television station supposedly using subliminal messages. The FCC took action, declaring such advertising "contrary to the public interest" [sources: BBC News, Psychologist World].

Eventually the issue landed in court. In 1990, British heavy-metal band Judas Priest and CBS Records went on trial, sued by two families. The families claimed the subliminal message "Do it" appeared in several songs on the band's "Stained Class" album, which caused their sons to attempt suicide after listening to it. (One son died, and the other was severely maimed.)

The band claimed it didn't insert such messages into its music — the lead singer said the sound was merely him exhaling during the recording — and won the lawsuit. The judge ruled the families failed to prove Judas Priest and/or CBS Records placed such messages on the album, and that those messages caused the men's actions [source: The New York Times].

But the question remains: Do subliminal messages work?

Subliminal Messages — Do They Really Work?

Psychologists, researchers and others largely agree that subliminal messages do work, but in a limited fashion. In one study, conducted by Princeton University researchers in 2002, the word "thirsty" was added to 12 frames of an episode of "The Simpsons," and the image of a Coca-Cola can to another 12 frames. Afterward, audience members reported they were 27 percent thirstier after the show than before. Those in the control group? They said they were actually a little less thirsty [source: Locke].

In 2005, researchers at the Netherlands' Utrecht University and Radboud University were able to get subjects to select Lipton iced tea as their drink of choice after those words flashed by,although this positive result only occurred in those who were already thirsty [source: Locke]. British researchers conducted a two-week experiment where French or German music was played in the wine section of a large supermarket. On the days when French music was played, 77 percent of customers bought French wine. On German-music days, the majority purchased German wine [source: Lindstrom].

Yet despite these seemingly positive results, subliminal advertising is still seen as largely ineffective. That's because even when it's successful, it's not clear how long the results last. Maybe you'll reach for a Coke within 10 minutes of seeing a subliminal ad, but will you continue to do so the next day, week or month?

Further, some researchers caution that such messages only nudge us to do something we're predisposed to do already. They don't totally change our minds. For example, one study on subliminal messages and political candidates flashed a picture of Bill Clinton subliminally after a picture of Gray Davis, the unpopular Democratic governor of California and asked study participants to rate their favorable impression of Davis. The subliminal message only worked on independents (perhaps because they already liked Bill Clinton.) Those messages didn't seem to change the minds of Republicans [source: Locke].

So why doesn't subliminal advertising work so well? There's no consensus on the issue. A lot of the experiments with positive results were conducted in carefully controlled labs. Perhaps all of the stimuli around us in our normal lives disrupt the ability of our subconscious to notice them. Or maybe those creating the ads are flashing messages past too quickly, or producing backtracked messages that are rather garbled. Perhaps the bigger question is whether the technique will be refined in the future to produce definite, long-lasting results.

Both hypnosis and subliminal messaging communicate with your subconscious mind, although they go about it differently. Hypnosis is a more active form of working with your subconscious than subliminal messaging. Often used to help people lose weight or stop smoking, hypnosis puts you in a very deep, relaxed state. You're aware of your surroundings and what is being said to you — sort of — but your subconscious mind is much more open to receiving information (such as to pass by that piece of pie) than in a normal waking state. Although hypnosis has been controversial, today most clinicians deem it an effective, powerful technique to help with a wide range of conditions and undesirable behaviors [source: American Psychological Association]. 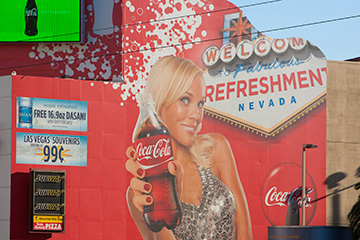 Some people find subliminal messages in all kinds of ads.
George Rose/Getty Images

It's definitely true that images or words are sometimes embedded in ads, presumably to make us choose the product or, in the case of politics, to select one candidate over another. Other times, however, embedded images or words are pranks by someone involved in the ad's production. And sometimes, people believe they're seeing secret messages that are not actually there. Not too surprisingly, real subliminal messages are often sexual in nature. As they say, sex sells.

One example that was surely intentional occurred in the March 2003 issue of SFX magazine. A sensual photo of actor Jennifer Garner graced the cover. The magazine's regular typeface was altered, and Garner's head positioned just so, so that the periodical appeared to be a magazine titled "SEX." Similarly, Skittles peddled a not-so-subliminal sexual message with its berry explosion flavor. On the packaging, a red Skittle — its white "S" prominent — was tucked next to the word "eXplosion" [sources: Edwards, Greenspan].

Many people assert Coca-Cola's ads depicting an iced-over can of Coke hide the form of a naked woman in the ice, but that assertion is debatable. Ditto a political commercial that aired in 2000, when George W. Bush was squaring off against Al Gore. During the spot, the word "bureaucrats" flashes on the screen. Then, while Bush is discussing Gore's health care proposals, just the end of the word — "rats" — briefly appears. Democrats complained to the FCC, which declined to issue any penalties. The gaffe appeared to be accidental; the word was too obvious to be intended as subliminal messaging [sources: Psychologist World, Greenspan].

While it's long been claimed that numerous Disney movies have sexual images inserted into them, perhaps by animators as practical jokes, nothing was confirmed until 1999, when Disney recalled 3.4 million copies of the home version of "The Rescuers." Originally released in 1977, a topless woman twice appears in a window in the video as Bianca and Bernard, the mice stars, fly through the city in a sardine box. Disney claims the images were inserted by post-production personnel, not its animators [source: Los Angeles Daily News].