Early Socialism in the United States 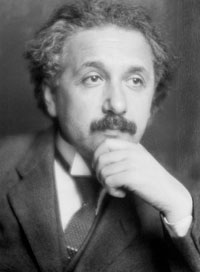 By the early 1900s, the disparity of wealth in the United States was growing even more obvious, and socialist ideology was on the rise. In 1874, a group of socialists formed the Workingmen's Party, later known as the Socialist Labor Party. The group advocated the reform of social abuses, labor issues and other equality concerns.

The Socialist Labor Party merged with the Social Democratic Party in 1901 to form the Socialist Party of America. By 1912, the party had more than 100,000 members. But the party's growth in the United States was massively hindered in 1917 when the government enacted the Espionage Act. The Espionage Act originated out of the government's fear of the communist way of life -- fear incited by the bloody Bolshevik Revolution in Russia, which resulted in many millions of deaths and the complete overthrow of the Russian government. The Espionage Act encouraged patriotism above all else and made it illegal to publicly oppose involvement in World War I.

Supporters of socialism became wary of associating with the controversial communist system, and the Socialist Labor Party's membership in the U.S. plummeted in the 1950s. The fear of association with socialism and communism continued through the McCarthy Era (1950 to 1954), during which Senator Joseph McCarthy fingered suspected communists. Many people feared that they'd be targets of McCarthy and kept a low profile by discontinuing their involvement with the party. (You can read more about it in How McCarthyism Worked.)

But even despite these attacks on communist and socialist ways of life, socialists still existed in the United States, often supported by respected thinkers of the time. For example, noted scholar Albert Einstein penned a paper titled "Why Socialism?" in 1949 in which he described the need for a socialist economy to eliminate the "evils" of unemployment and a competitive economy. He emphasized the need for an educational system to achieve socialist goals. And, he advocated a planned economy to ensure the livelihood of every citizen. Other famous socialists include John Lennon of Beatles fame and Susan B. Anthony, a suffragist leader.

Next, we'll take a look at two case studies of socialist societies.

Basic Differences between Socialism and Capitalism

For the non-politically minded, all of these "isms" can seem a bit confusing. Keeping in mind that forms of socialism and capitalism may vary across societies, here's a breakdown of their basic differences.

Capitalism: Means of production and distribution of goods are owned by individuals and corporations

Socialism: Means of production are owned by the government or state

Socialism: Rejects the necessity of a class-based society in favor of a society of equals

Capitalism: Fosters a competitive atmosphere in which workers and companies are encouraged to work hard to achieve personal success

Socialism: Encourages an atmosphere of cooperation in which no matter how hard a person works, he or she reaps the same benefits as everyone else.

Capitalism: Produces goods based on the law of supply and demand