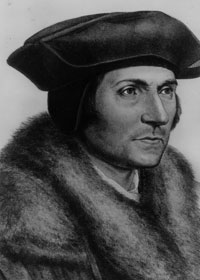 True socialists advocate a completely classless society, where the government controls all means of production and distribution of goods. Socialists believe this control is necessary to eliminate competition among the people and put everyone on a level playing field. Socialism is also characterized by the absence of private property. The idea is that if everyone works, everyone will reap the same benefits and prosper equally. Therefore, everyone receives equal earnings, medical care and other necessities.

As we've learned, socialism is difficult to define because it has so many incarnations. One of the things socialists agree on is that capitalism causes oppression of the lower class. Socialists believe that due to the competitive nature of capitalism, the wealthy minority maintains control of industry, effectively driving down wages and opportunity for the working class. The main goal of socialism is to dispel class distinctions by turning over control of industry to the state. This results in a harmonious society, free of oppression and financial instability. Some of the other forms of socialism include these goals:

So who came up with these ideas? We'll learn about the history of socialism next.

Communal societies are built on the utopian ideal that members work together as equals to achieve harmony. Communes are established by a group of people who have become dissatisfied living in a society controlled by a government and rules with which they don't agree. Religious communes are the most common of these societies, and they include Catholic monasteries and communities formed by groups like the Shakers. Many residents of religious communes join to practice their religious beliefs without persecution. Communes experienced a strong resurgence in the 1960s in the United States and Western Europe, due in large part to anti-Vietnam War sentiment. They still exist around the world, although they aren't as widespread as they once were.