Does what you smell determine what you buy? 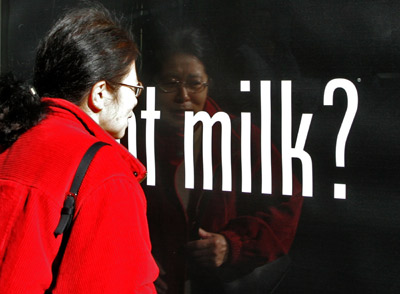 Scent marketing is actually an old trick. Real-estate agents have long popped a pie into the oven or set a sheet of fresh cookies on the counter immediately before showing a house. Like a cozy home staging, the scent of fresh baked goods gives potential buyers a sense of well-being and lets them imagine an idealized existence in the house.

Scent companies expand on this rudimentary premise, making the smells more complex and delivering them to a wider audience. Of course, the scents don't come from baked goods or even heat or oils. Instead, liquid scent is vaporized by high-voltage, low-current electricity and dispersed through a building's ventilation system. This allows for the precise distribution of minute concentrations of scent: not enough to irritate a customer but just enough to trigger a mood.

Businesses employ scent marketing for different reasons. The company ScentAir breaks its scents down into four types. The aroma billboard smell is the boldest scent statement. It's the closest link to the real-estate agent's pie in the oven -- a scent that is unabashedly present like chocolate or coffee. A thematic smell is meant to complement a décor. A French restaurant with a Provencal style might choose a lavender scent to enhance the mood. Ambient smell freshens an unpleasant odor or fills a void. And a signature smell is an individual scent developed and used exclusively by one company like Bloomingdale's, Omni Hotels or Jimmy Choo Shoes.

But even when a scent company can determine a business's scent needs, marketing through smell is still a game of chance. Because smell's ability to trigger moods is based on memory, a scent's power will differ from person to person. Some smell inclinations are cultural (like the American penchant for vanilla) while others are personal.

Scent marketing fails most dramatically when it strays too far from the specific product being sold. In 2006, California's Milk Processor Board launched a series of "Got Milk?" billboards in San Francisco's bus shelters. The ads were typical except for their scent -- the sweet smell of chocolate chip cookies. While the Milk Processor Board hoped the smell would make people crave milk, city officials considered the ads a nuisance and ordered them to be taken down. The public was concerned the smells could trigger allergic reactions. Unlike the realtor's cookies in a model home, the scent had no business in a bus shelter.

To learn more about marketing and smell, look through the links below.