by Dave Roos Oct 29, 2019
Automation can lower a tax base. So, should companies pay some tax for using robots instead of people? sorbetto/Getty Images

Economists warn that we're on the brink of a Fourth Industrial Revolution, an unprecedented workplace disruption powered by robotics and artificial intelligence. Not only will smart machines replace human workers in blue-collar manufacturing jobs, but they'll also wait tables, deliver packages, and analyze legal documents.

The global consulting firm McKinsey & Company found that 51 percent of work activities in the United States are "most susceptible to automation," namely jobs that are physical in nature and performed in a highly structured and predictable environment. (Amazon fulfillment centers, anyone?) McKinsey predicted that "half of today's work activities could be automated by 2055."

The fear of robots taking our jobs feels real, but anxiety over the Fourth Industrial Revolution extends beyond widespread unemployment. The U.S. and other governments rely heavily on income and payroll taxes to fund popular federal programs like Social Security and Medicare, and to pay for national defense, education and more.

In fact, 86 percent of all federal tax revenue in the U.S. comes from income taxes and payroll taxes. So, if more and more humans are put out of work by robots, not only are people out of a job, but the government also is out of the tax dollars that it uses to pay for food benefits, job retraining and other programs that serve the unemployed.

The rise of the robots is nigh, we're told, and solutions must be found to stem a potentially dire humanitarian crisis. One way to slow the spread of automation and keep tax dollars flowing into the government, some argue, is to tax the robots.

None other than Bill Gates, the billionaire founder of Microsoft and tech optimist, floated a robot tax in a 2017 interview with Quartz.

"Right now, the human worker who does, say, $50,000 worth of work in a factory, that income is taxed and you get income tax, social security tax, all those things," said Gates. "If a robot comes in to do the same thing, you'd think that we'd tax the robot at a similar level."

While it would be difficult to decide exactly which machines to tax — is an ATM taxed the same as a robot that assembles Teslas? — there are other ways to tax automation. In South Korea, for example, which leads the world in robot workers (710 industrial robots per 10,000 workers in 2017 compared to the global average of 85), the government got rid of a tax deduction on capital investments in automation.

The Case Against 'Robot Taxes'

If the U.S. government did the same thing and eliminated tax breaks for investments in automation like the "bonus depreciation" included in the 2017 tax bill, would that save human jobs and safeguard tax revenue?

Robert Atkinson says absolutely not. Atkinson is the founder and president of the Information Technology and Innovation Foundation, a Washington D.C. think tank for technology policy. He says that any kind of "robot tax," whether a direct tax on robot workers or the slashing of tax incentives that promote capital investment, will hurt all Americans by slowing productivity and crippling economic growth.

Atkinson says that the arguments for a robot tax are deeply flawed and based more on a "sky is falling" technophobia than solid economic data. He gives the example of a McDonald's where half of the restaurant's 20 workers are gradually replaced by automated fryers and interactive ordering kiosks.

"What technophobes see is that McDonald's went from 20 workers to only 10," says Atkinson. "But they don't take it to the next step. No company automates unless it can save money. That money doesn't get buried in the backyard."

Automation increases productivity, says Atkinson, so maybe a $3.99 Big Mac now costs $3.49. Those cost savings add up across the economy, which means that consumers have more money to spend, not only at McDonald's, but at the movies, the grocery store and the dentist's office. These "secondary economic effects" of automation, Atkinson says, are what will ensure that displaced workers find new jobs.

Atkinson and other critics of the robot tax argue that productivity is the engine of a robust and growing economy, and that investments in automation are investments in economic productivity that benefit everyone. Some of the highest levels of productivity and economic growth have occurred during periods of high "churn" in the labor market, when people leave old jobs for new ones, by choice or otherwise.

The Information Technology and Innovation Foundation did a study of the U.S. labor market from 1850 to 2015 and found that churn is currently at an all-time low, a fraction of what it was in the 1950s and 1960s, for example, when high churn coupled with low overall unemployment produced real income growth of 35 percent per decade.

Pro-technology champions like Atkinson believe the smartest thing to do for the economy would be the opposite of a robot tax. Not only should the U.S. not repeal bonus depreciation, but it should reinstitute the federal Investment Tax Credit, an even more generous tax break for capital expenditures like machines and equipment.

"People are in a techno panic," says Atkinson, "and then someone like Bill Gates makes a comment, and people say, 'We'd better do something. But what can we do? We can slow it down, that seems like a reasonable and responsible and caring thing to do."

Atkinson insists that there are plenty of ways to help displaced workers without penalizing innovation. His organization supports policy solutions that include raising the unemployment tax rate. It's still a tax on businesses, but not one that hampers investment in productivity. It also wants to see Pell grants and other federal education loans extended to short-term job training and technical schools that give young and older workers the specific skills to thrive in a changing labor market.

Now That's Interesting
Even at companies like Amazon, where automation is king, the rate of job losses due to robots is really slow compared with overall job creation.

Meet the Real Vampires of the Animal Kingdom

The British Shorthair Is a Round-faced 'Teddy Bear Cat' 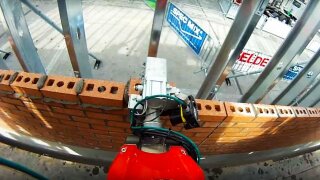 Robots Are Rare in the Construction Industry, but That Could Soon Change 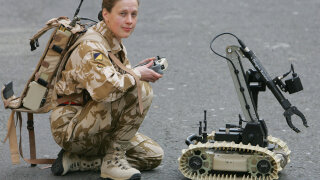 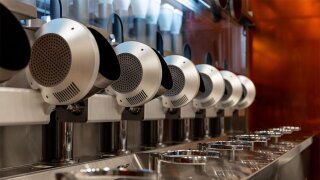 Robot Revolution: Coming to a Restaurant Near You