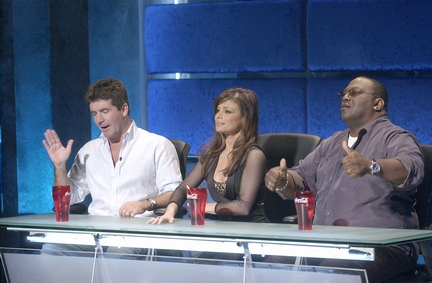 Product placement is not quite as widespread in TV land as it is in the movies, but it is a rapidly growing industry. More commonly referred to as product integration in this medium, this process has to share its advertising space with traditional advertising, also known as the 30-second spot. Since the beginning of televised programming, advertisers have shelled out the big bucks to promote their products and brands. The 30-second spot has been the reigning champion for a very long time. Does that mean there can only be one winner in the television advertising arena? Not necessarily.

There's a big difference between product integration and a standard 30-second advertising spot. Yes, both are a means to a similar end, but that doesn't mean there's only room for one of these vehicles on the advertising block. In fact, the current trend is a combination of the two. This trend can in large part be attributed to many of today's reality-based television shows, which seem to be a perfect match for product integration. The very best example of this is the popular talent show "American Idol." Not only are segments of each episode sandwiched between ads for Coca-Cola, AT&T Wireless, Old Navy and Ford, but some of these companies' brands and products are evident (REALLY EVIDENT) in each episode. Here are some examples:

In the "elimination episodes," contestants nervously await their turn in the Coca-Cola room, perched on a Coca-Cola sofa.

In an article for the New York Times, Bill Carter writes:

Searching for ways to thwart any trend toward skipping commercials on programs recorded on personal video recorders like TiVo, the networks are increasingly integrating their sponsors and their products into the shows themselves, rather than limiting their presence to commercials. Ford Motor and Coca-Cola, for example, are two of the advertisers that have paid millions of dollars to have their logos prominently displayed during episodes of "American Idol."

According to AdAge magazine, the phrase "millions of dollars" mentioned above actually refers to about $26 million per integration/sponsorship deal. Yes, that means that EACH of the companies -- AT&T Wireless, Coca-Cola, and Ford -- dished out 26 million dollars.

These companies do get a lot of bang for their bucks, though. In fact, after visiting the "American Idol" Web site, it makes you wonder if the product placement there is included in that bill. Now, you may be wondering "product placement on a Web site?" "Isn't that just an ad?" Well, no, not exactly. There are actual sections of the Web site that integrate the brand or sponsor's name entirely:

Radio and television dramas known as soap operas acquired their moniker from the products advertised during their shows. In addition to the standard 30-second spots -- and now a word from our sponsor -- the products were often integrated into the story line.

One of today's most popular soap operas, "All My Children," recently managed to revisit its advertising roots. But, instead of soap, the folks at AMC opted for cosmetics. In a story-line that spanned several months, famous cosmetics company Revlon was front and center in Pine Valley's plotline.