What is Product Placement? 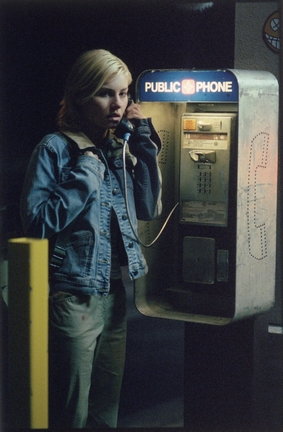 Perhaps the producers of "24" did not find a phone company that wanted to sponsor this episode.
Photo courtesy Isabella Vosmikova/FOX

Have you ever watched a television show or a movie and felt like you were watching a really long commercial? If so, then you've been the victim of bad product placement. There's certainly a line that can be crossed when presenting brand-name items as props within the context of a movie, television show, or music video. Clever marketing folks try never to cross that line. They want their products to be visible within a scene, but not the focus. The product needs to fit, almost seamlessly (almost being the key word here) into the shot and context of the scene.

When done correctly, product placement can add a sense of realism to a movie or television show that something like a can simply marked "soda" cannot.

Product placement is something that dates back to at least the early 1950s when Gordon's Gin paid to have Katharine Hepburn's character in "The African Queen" toss loads of their product overboard. Since then, there have been countless placements in thousands of movies.

Think about it. You can probably remember quite a few examples. One of the most commonly discussed is the placement of Reese's Pieces in the movie "E.T." Originally intended for another product (they melt in your mouth, but not in your hand), this prime spot essentially catapulted these tiny peanut butter morsels into mainstream popularity. A slightly more recent and easily as effective example is the placement of Red Stripe, a Jamaican-brewed beer, in the movie "The Firm." According to BusinessWeek Online, Red Stripe sales saw an increase of more than 50% in the U.S. market in the first month of the movie's release.