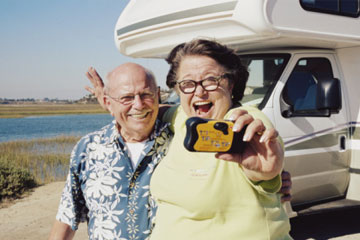 Before moving, retirees should take time to consider the tax burden of living in a particular state.
Digital Vision/Thinkstock

The next four most expensive states are Massachusetts, Oregon, California and Minnesota [source: Colorado Legislative Council]. The states with the lowest individual income tax burdens are of course the seven states that do not charge an income tax at all.

Another way to look at the tax burden, and the most useful if you're using it as a basis for deciding where to live, is to include all of the taxes that are paid to the state -- including sales tax, property tax, and even corporate income taxes. In that case, Alaska has the highest tax burden, with an average of $309 paid in taxes for every $1,000 of income. The next four most expensive states in total taxes are Vermont, Hawaii and North Dakota. The least expensive states are New Hampshire, South Dakota, Colorado and Texas [source: Colorado Legislative Council].

For more information about income taxes, tax deductions, and taxes in general, take a look at the links below.