Exceptions to the Rules 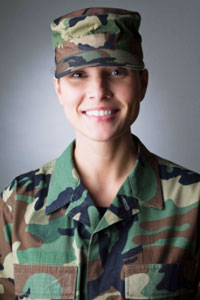 Because military personnel spend time living and working in many different states or countries, they are expected to pay taxes to the state they lived in when they first enlisted.
Comstock/Getty/Thinkstock

Most states require you to pay income tax in the state where it's earned. But some other states use residency as their basis for taxation. So in some situations, you could actually end up being taxed twice on the same income, unless the states have agreements with one another to prevent taxing your income twice. That's definitely something to consider if you're thinking about commuting across state lines.

A similar situation happens when you own homes in more than one state. Different states have different rules about residency, so the worst-case scenario is that you could be paying income taxes to multiple states. Usually, though, you pay taxes to the state that you list as your primary residence. That's why many people who own two homes will list their primary residence as the home located in the state with the lowest income tax rate.

Another exception in the state tax system exists for members of the military. As a member of the military you may spend time living and working in many different states or countries. You may even live on land owned by the federal government (military bases). To help alleviate any confusion, military personnel are expected to pay taxes to the state they lived in when they first enlisted. This could be beneficial for some, since a few states do not tax military pay, active duty pay or combat pay at all. Some other types of income that most states do not tax include unemployment income, Social Security benefits, military pensions and workers' compensation.

So now that you understand state income taxes, what you really want to know is which state is the cheapest to live in. Read on to find out which states allow you to keep the highest percentage of your income, and which states have their hands deep inside your piggy bank.