Who Needs to Apply for an Exemption? 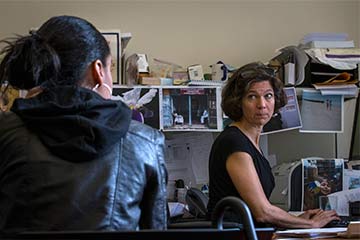 Since the individual mandate is such a cornerstone of the Affordable Care Act (ACA), the federal government has strict criteria for exemptions from the penalty. To qualify for most exemptions, you need to fill out a paper application and mail it into the health insurance marketplace for approval. If your application is approved, you will receive an exemption certificate number that must be included on your tax return. In some cases, though, the exemption is granted without an application.

Here are some categories of people who don't need to apply for an exemption [source: Healthcare.gov]:

Taxpayers who don't have to apply for these "automatic" exemptions still need to claim them on their tax returns. The 2014 federal income tax return (Form 1040) contains a new line 61 called "health care." If you have coverage for the whole year, you check the "full-year coverage" box and move on. However, if you want to claim an exemption from the penalty — for low income or a gap in coverage — you need to attach a Form 8965.

A paper application is required to claim all other exemptions from the individual mandate penalty. Separate applications exist for the following individuals and situations [source: Healthcare.gov]: