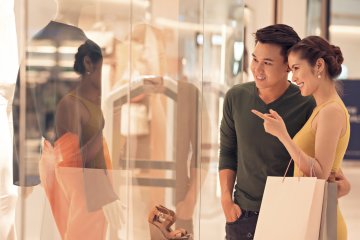 Discretionary income: It's what you have to spend, but don't need to spend.
DragonImages/iStockphoto/ThinkStock

From unemployment rates and consumer confidence, to the price of eggs and the cost of a gallon of gas, economists track a wide variety of data in order to get an idea about the financial health of a country, state or city and the people who live in it. That includes keeping a close eye on income, the money people are bringing in for themselves and their families. Sometimes that data can be deceiving: The size of your paycheck doesn't tell economic observers a whole lot if they don't know how much of it immediately goes to things like rent or food. That's why they've come up with ways to calculate income so that it better represents how much money you actually have to spend or save.

In its simplest form, discretionary income is the money that you make that doesn't go to necessities. In other words, it's what — if anything — is left over after you cover the mortgage or rent, as well as food, clothes and medical bills. At least, that's the definition of discretionary income that's long been used by economists, businesses marketers and other folks who track these figures. The problem is that people have different ideas about what is and isn't a "necessity." You need to eat to avoid starvation, for example, but whether it's a Big Mac or a filet mignon that you order to quench hunger is a matter of personal choice [sources: Landefeld, Inc.].

Instead, economists tend to focus on what's left over after taking care of actual or perceived necessities in tracking disposable income. What they — and people who sell stuff like cars, electronics and entertainment — want to know is how much money people have that they can either save or put toward non-essential things like going to a movie or installing a new speaker system in their living rooms [source: Inc.].

In the United States, personal income data is collected by the U.S. Census Bureau and tracked by the Bureau of Labor Statistics. That includes money earned from wages, salaries and self-employment, as well as pension and other retirement income, unemployment benefits, Social Security payments and other government assistance. It also covers income earned on property from rents, interest and dividends [sources: Bureau of Labor Statistics, Inc.].

The Census Bureau first deducts taxes owed from personal income to determine disposable income. To get to discretionary income, economists then deduct the so-called necessities: mortgage and rent payments, transportation, food, insurance and pension payments, clothing, and healthcare. They don't include non-essentials, like entertainment, alcohol and — yes — education. The amount that remains is the person or family's discretionary income [source: Inc.].

Generally, a person or household has two choices about what to do with discretionary income: save it or spend it. By calculating your own discretionary income, you can create a budget, pay down debt and put some of that sweet cash away for a rainy day, an unexpected emergency, a trip to the Bahamas or maybe your kids' college tuition.

Squirreling that extra dough is probably a sound financial strategy. It's also not very much fun. Perhaps that's why many folks choose to spend so much of their discretionary income. The average American household spends 28 percent of its income – or more than $12,000 per year – on discretionary things like entertainment and dining out [source: Experian].

Tracking your discretionary income can help you make informed decisions about saving and spending, and it assists economic observers in taking the overall economy's temperature. The figures are also important to many businesses. The more discretionary income that people have, the more likely they are to spend some of it. When they do, the money that goes out is called "discretionary spending" [source: Fetto].

For businesses, it's important to know who has discretionary income and who's spending it in order to target marketing efforts to these folks. That means breaking down factors like age, geographic area, socioeconomic background and total income. It also means tracking information about when and where people choose to spend their discretionary funds [source: Inc.].

Consumers over the age of 50, for instance, generally have more income at their disposal than those in other age brackets. However, these people are also more likely to save their cash than others. Teenagers and young adults, on the other hand, generally tend to burn more money on discretionary items and services. That's at least in part because other people – parents, etc. – often cover much of these consumers' non-discretionary costs, like those related to housing and food [source: Inc.].

For many of those young adults, much of that discretionary spending likely goes to education. With college costs skyrocketing, more and more students and their families are turning to student loans to finance their coursework. Believe it or not, a borrower's discretionary income can also determine how much he or she pays back to Uncle Sam each month. Since 2009, federal student loan borrowers in the U.S. have had the option to participate in an income-based repayment program, under which their monthly payments are now capped at 10 percent of their disposable income (15 percent for those taking out loans before July 1, 2014) [source: Slack].

Discretionary Income and the Middle Class

For economists, discretionary income and spending are important markers for assessing the overall health of an economy. Gross Domestic Product is one of the leading indicators that investors and economic observers look at to get a snapshot of a country's economic state. GDP is, in effect, a country's national income. It's also used to measure a government's financial stability by comparing the government's debt to the country's overall GDP [source: Thorne].

When they want to look at a particular segment of society, however, economists drill down from a national viewpoint by using data like discretionary income. The middle class has been defined as individuals and households who have a "reasonable amount of discretionary income." What's reasonable, of course, depends largely on whether you live in an impoverished, developing or established country. The main point is that folks in the middle class have enough discretionary money that they don't have to live paycheck to paycheck. They also have some money to spend on non-essentials [source: Parker].

Some theorists argue that middle-class growth — which happens when more people have enough discretionary income to enter the middle class — is a good indicator of overall economic progress. The more money that people have to spend on discretionary goods and services, the more likely they are to spend it, the thinking goes. That, in turn, puts money into other people's pockets and stimulates the economy as a whole.

Since when is whiskey not a necessity? It has, over the years, been used to numb pain, clean open wounds, add flavor to food. It's also been known to lighten the mood. In other words, whiskey makes the world a better place. If that doesn't translate to necessity, than I guess I don't know what "necessity" means.