How to Avoid ATM Fees 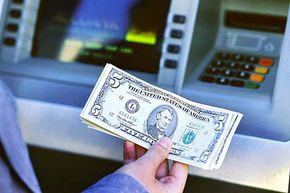 Grabbing a quick $20 before hitting the movie theater can end up costing you $25 after you pay the ATM fees. What can you do to avoid the extra expense?
© 2009 Jupiterimages Corporation

Since their introduction in the late 1960s, automated teller machines (ATMs) have become ubiquitous. Go into a grocery store and chances are you'll find an ATM. Go to the airport to catch a plane and you'll pass an ATM (or a dozen) on the way to the gate. ATMs are so common that few people go to the bank just to get cash. Instead, they brandish their bankcards, punch a few buttons and watch as crisp green bills are dispensed into their hands. ATMs are convenient because you don't have to find a branch of your bank and you often don't have to wait in line. Almost anywhere you go, there's an ATM offering easy access to your money.

But there are hidden costs to using an ATM, some of which you probably know about, some of which you may not be aware. Following the introduction of interbank networks such as Cirrus and STAR, which gave people the ability to withdraw money from ATMs owned by banks at which they held no account, many banks began charging fees for withdrawals. These fees, or surcharges, have gradually risen over the years. According to Bankrate.com, the average ATM fee as of 2009 was $2.22 per transaction, but that only tells half the story [source: Bruce]. When your bank finds out that you've made a withdrawal from an ATM it doesn't own, it can charge you a "foreign" ATM surcharge. This fee reportedly averaged $1.32 in 2009 [source: Bruce]. And while the ATM must, by law, inform you of the withdrawal fee, you'll only learn about the foreign ATM fee when you look at your bank statement.

These fees can add up. Let's say you make one cash transaction a week at an ATM not owned by your bank, paying a $2 ATM fee to the bank that owns the ATM and a $1 foreign ATM fee to your own bank. You'll be paying more than $150 per year in fees. That's a lot of money.

And yet, with a little foresight and planning, you can avoid paying ATM fees altogether. How? Read on to find out.

One of the easiest ways to avoid ATM fees is by doing something, well, obvious -- use only ATMs that don't charge a fee. Believe it or not, there are ATMs that won't charge you a fee when you use them. Typically, the bank where you have your checking account will let you use its ATMs free of charge. If it doesn't, consider moving your money to another bank. You can check a bank's Web site or ask a bank manager to find out which banks charge ATM fees and which don't. Once you've established that your bank doesn't charge a fee, log on to its Web site and use the "branch locator" to find out where its ATMs are located. Many banks have ATMs in locations other than bank branches, such as grocery stores and hotel lobbies. If you're opening a new bank account, make sure that your new bank has lots of ATMs, especially in areas near where you work, live and shop. You don't want to have to go too far out of your way to find a no-fee ATM, because then you'll be paying with time and gasoline what you're no longer paying in fees.

What if you're going on an out-of-town trip? Check to see if there are branches of your bank there. Write down the locations and put the list in your luggage or wallet. Or call your bank and ask if it has a reciprocal agreement with some bank in your destination city that allows you to use its ATMs without charge. If no agreement exists, ask if your bank will waive foreign ATM fees for the period when you're out of town. The bank might refuse, but it never hurts to ask.

Some banks will even reimburse the ATM fees that other banks charge, effectively making all your ATM withdrawals free. For instance, USAA Bank (http://www.usaa.com) will refund up to $15 a month in ATM fees. That could save you as much as $130 every year.

Be warned, however, that banks may change their policies on ATM use and that a bank that previously offered fee-free ATM withdrawals might suddenly change its mind. This is most likely to happen when a bank is bought out by another bank, so if one day your bank changes its name, check to make sure you aren't suddenly liable for ATM fees that you weren't paying before.

Another fee-free option is to see if your bank is part of a no-fee ATM network. If it is a member of one of these networks, go to the network Web site and find out where the machines are located. Two such no-fee networks are AllPoint (http://www.allpointnetwork.com/) and Moneypass (http://www.moneypass.com). Both have thousands of ATMs across the United States. The network Web sites will tell you where they are.

OK, so it is possible to use ATMs without having to worry about unnecessary fees. But what if you could avoid ATMs altogether? Keep reading to learn about alternatives to ATMs.

ATMs are fast and convenient, but they can also cost you money. Let's consider some alternatives to hitting the local ATM every other day. For one, you could keep a healthy amount of cash on hand. OK, there are reasons why you might not want to keep a lot of cash in your purse or wallet -- it might get stolen and it won't be earning any interest from your pocket. But consider the advantages. If you need cash in an emergency, you'll have it. Carrying money is especially useful if you're going to be out of town, where your bank might not have any branches, or if you're going to be at a festival or sporting event for several hours where the selection of ATMs might be limited or charge a hefty fee.

Another option to multiple ATM visits is to simply take more money out of an ATM when you're there. The surcharge you pay on an ATM withdrawal is a flat fee, not a percentage of the cash you withdraw. So the $3.00 fee you pay to take out $20 in cash is still only $3.00 when you take out $100. However, if you take out the $100 in five $20 withdrawals, the total fee will soar to $15! That's 15 percent of your money. Not good.

Most stores accept both credit and debit cards in lieu of cash payments. If you take advantage of this option whenever possible, a little bit of cash in your pocket can go a long way. But be careful to pay off the credit card debt before interest begins to accrue, or you may end up paying a fee anyway. And while you're using that check or debit card, take advantage of the cash back option. You can get cash along with your purchase for no extra fee and save yourself a trip to the ATM.

Checks are starting to seem old fashioned. Many people only use them for payments that can't be done electronically. But some stores still accept checks, so keeping a checkbook with you could get you out of a jam when you run out of cash. Of course, the store may require that you carry its check-cashing card before it will accept your check, but these cards are usually free and many stores allow you to make your first check purchase immediately after filling out the application. Even better, the store may give you cash back if you write the check for a larger amount than the purchase (but ask first to make certain this is the store policy).

Follow these rules and you'll save enough money that, by the end of the year, you can afford to give yourself a nice holiday present. Or you can just leave the money where it already is -- in the bank.

You don't have to be a bank to own an ATM. Private ownership of ATMs was legalized in the 1990s. These private ATMs can be a significant source of income for movie theaters and sports arenas, but they aren't necessarily a good deal for consumers. The fees on these machines can be significantly higher than at bank-owned machines and there have been cases of private ATMs being used for fraudulent purposes, such as collecting credit card numbers. So use private ATMs with caution. 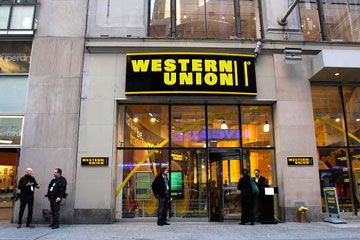 Up Next
How Online Money Transfers Work
Explore More 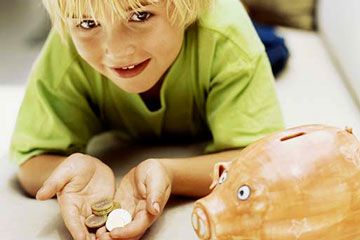 You May Like
How Student Banking Works
Explore More