When Is It OK to Leave Kids Unequal Inheritance?

by Dave Roos Jun 4, 2018
An unequal estate plan may seem perfectly logical on paper, but financial experts think it may cause more problems than it solves. Jens Magnusson/Getty Images

On the surface, it makes perfect sense. Why would you leave as much money to your youngest daughter, Sonia, a real-estate lawyer with a high six-figure salary and no kids, as you would to your older son, Roberto, a semi-employed handyman with four kids and medical debt? He needs the inheritance more than her, right?

That may be true now, financial planning professionals say, but situations can and do change. And even if an unequal estate plan looks perfectly logical on paper, it may cause more problems than it solves.

"In my opinion, unequal inheritances can be toxic," Kent Schmidgall of Buckingham Strategic Wealth in Burlington, Iowa, says in an email, noting that Sonia and Roberto could end up switching places financially. "Then mom and dad die, condemning the children to a lifetime of painfully awkward Thanksgiving dinners."

A better strategy for helping out a financially struggling adult child, says Jack Rabuck with West Coast Financial in Santa Barbara, California, is for parents to assist while they're still alive in ways that aren't outright gifts of cash.

"For instance, giving them a loan to buy a house at a very low interest rate, one they might not otherwise qualify for," writes Rabuck in an email. "It helps balance the scales without some of the problems of leaving more to one child or the other."

While the vast majority of inheritances are distributed evenly among all children, financial and estate planners agree that there are a few unique situations in which it could make sense for parents to leave different types of assets to different kids or set aside more cash for one child over the others.

Marianela Collado of Tobias Financial in Plantation, Florida, says that one of the most common situations is when there's a family business, but only one of the adult children wants anything to do with it.

"Usually the child who has shown an interest in continuing the family business will be left the whole business, and there might be equalization of other assets among the other children," says Collado, adding that things can get complicated, though, if the business represents the bulk of the parents' assets.

Another example where an unequal inheritance could make sense is if one child has been the parents' primary caregiver in their old age. Collado says that it's not uncommon for the child living closest to the parents to put their lives and careers on hold for a number of years to assist them full-time. In that case, giving more to the caregiver "makes up" for the sacrifice of time and lost wages, which is something most siblings would understand.

Disability is another common reason for leaving more money to one child over the others, although parents of an adult child with a disability have to be careful how they set up their estate.

Alexandra Baig operates Companions on Your Journey, a financial planning service for families with special needs in Brookfield, Illinois. She explains that most American adults with disabilities receive benefits through government programs like Medicaid and Supplemental Security Income, but to qualify for those programs, you can't have "countable resources" exceeding $2,000.

"If my adult child lives in a home and there are support staff that come in and help him with activities of daily living or to get to a job, all that is paid for by Medicaid," says Baig. "If my child comes into an inheritance that's larger than $2,000, all of that suddenly vanishes."

The solution, says Baig, is to create a special needs trust. Instead of passing money directly to the disabled child upon the parent's death, it goes into a separate trust that isn't counted toward the child's own assets.

"There could be millions of dollars in the trust and it still wouldn't count toward that $2,000 resource limit, because technically it's not the child's money. The trust owns it," says Baig.

In most cases, Baig notes, leaving more money to a disabled child is "freeing" for the other siblings, because they don't need to feel financially responsible for his or her care. Also, since individuals with disabilities have shorter life expectancies, the trust can easily be passed on to surviving brothers and sisters.

Give Everyone a Heads Up

Every financial professional we spoke to emphasized that no matter the particulars of an estate plan, communication is key. And doubly so in cases where children will be receiving unequal or different assets in their inheritance. If Sonia first learns that Roberto is getting more money from mom and dad when they first read the will, it's going to create a lot more stress, confusion and hurt feelings. And by then, it's too late to do anything about it.

Bob Maloney is a financial adviser and an accredited estate planner with Squam Lakes Financial Advisors in Squam Lakes, New Hampshire. He counsels his clients to hold a family meeting at his offices where he lays out the parents' estate plan to their grown children and opens up the floor to questions.

"I've found these family meetings to be spectacular," says Maloney. "But there are still parents who refuse to share with their children what their financial net worth is. They feel the children have no right to know until they're dead. I don't agree with that, but it's not something that I'd argue with. I think there's a tremendous amount of value to letting the children know what to anticipate."

One surprising thing that might come of these meetings is that a well-off child might actually volunteer to forgo his or her share of the inheritance. Robert Schultz, partner at Rollins Financial, Inc. in Atlanta, says that the few times he's seen uneven distributions work is when a child beneficiary requested that the parents support the other siblings more.

"In my opinion, it is truly not worth it unless the beneficiary that will receive less either starts the conversation or has been part of numerous discussions to understand the reasons behind it," emails Schultz.

Now That's Smart
Wills can only be contested if a stiffed beneficiary claims that mom or dad were unduly influenced by a sibling or weren't mentally fit when they signed the papers. To avoid this, some estate attorneys record will signings on video and include questions to prove the parents' mental capacity.

Is There a Hidden Cure for Cancer? 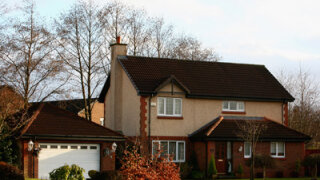 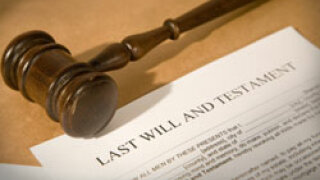 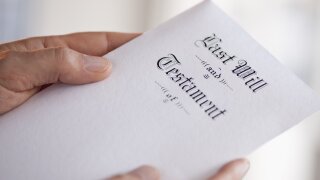