Are you stuck with the health insurance you already have? 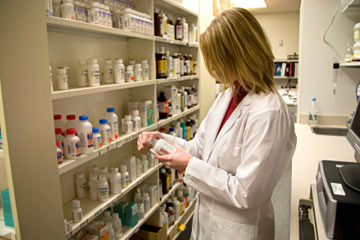 Drug Pictures If you're not happy with your health insurance, chances are there is a better option available. See more pictures of drugs.
©iStockphoto.com/Sean Locke

Not once in his 30-plus years did Sean Semon expect to be starring in his own health care nightmare. In November 2009, a cardiologist told the strapping security guard that he needed a heart transplant. Semon had health insurance, but the $700,000 procedure was not covered by his policy. To fund the operation, Semon had to rely on donations [source: kntv.com]. Although Semon's plight was a headline grabber in his hometown of Las Vegas, Nev., insurance companies deny claims, big and small, every day.

What can a person do if he's not happy with his health insurance? Since we live in a free market society, a person can change health insurance plans at any time. Practically speaking, though, that's easier said than done. Trying to stay healthy is an expensive proposition, so expensive that spending on health care in the United States in 2008 totaled $7,681 per person [source: Kaiser Family Foundation]. Many factors, including the predominance of chronic diseases and people's ever-increasing lifespan, are constantly driving the price of health care up [source: Kaiser Family Foundation].

Consequently, health insurance is not cheap. Luckily, most working Americans -- more than 159 million people -- participate in employer-based health insurance [source: Stanton]. In this system, employers pick up most of the cost with minimal expense to the employee. Realistically, jettisoning a company health plan in favor of a more expensive private plan might not be the smartest financial move, especially when the average cost of a private family health plan in 2009 was more than $13,000 annually [source: Fritze].

Don't fret, though. If you're married and your spouse has health care coverage at work, you can change to that plan. Additionally, federal law allows people who leave their job to continue with their former employer's health coverage for up to 18 months. However, the Consolidated Omnibus Budget Reconciliation Act, or COBRA, plan is very expensive [source: The Wall Street Journal].

If you want to change health plans for whatever reason, there are certain things you should look for. Go to the next page to find out what they are.

Not all health plans are created equal. Plans vary a great deal, both in cost and in benefits. Although it might seem daunting, you need to read any plan you're considering very carefully so you know exactly what is covered and how much you are going to spend, not just in premiums, but in deductibles, co-pays and other out-of-pocket expenses.

And remember, cheaper isn't always better. A plan with low deductibles and premiums might not provide adequate coverage. To that end, you need to decide what is important: overall cost or coverage. For example, a high-deductable plan might be just the right fit for someone who goes to the doctor only a few times a year. If you don't care which doctor you see, a Health Maintenance Organization, or HMO, might work. HMOs foot the bill as long as the health care provider is in the HMO's network of physicians and hospitals. HMOs usually have co-pays, perhaps $10 to $25, that you have to pay during each visit [source: The Wall Street Journal].

A catastrophic health plan might be the best option if you don't go to the doctor that often. The deductible is very high for these types of plans, but once you satisfy that amount, 100 percent of all your medical costs are covered. These plans also carry the lowest premiums [source: The Wall Street Journal]. However, catastrophic plans seldom cover pre-existing conditions, such as asthma, diabetes or cancer treatments. To cover pre-existing conditions, you might have to purchase a rider to the plan. Some catastrophic plans also limit the number of times you can visit a doctor.

Another way to keep premiums low is to increase the plan's deductible and skip the services you don't really need for now, such as dental and vision coverage. However, there are certain types of coverage people shouldn't go without. For example, women should always have maternity coverage even if they don't expect to have a child for a few years. It's more beneficial to pay for the coverage upfront, because it might be difficult to add it to the plan later on [source: Bradford].

Go to the next page to find out what is and isn't health insurance.

More than 14 million Americans buy their own health insurance, mainly because their employers do not provide coverage [source: Appleby and Schiff]. 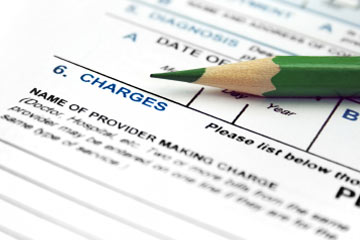 When reviewing different health insurance policies, be sure to read all of the fine print.
©iStockphoto.com/Alex

Although changing health plans might seem like an overwhelming task, you can minimize the angst by asking questions of your insurance agent. It's helpful to run through various scenarios, such as "what would I owe if I had a heart attack and the bill came to $100,000?" It's also helpful to know what is and isn't health insurance. The following list provides examples of policies that are sometimes confused as health insurance:

Try not to be intimidated or too stressed when changing health plans. Do your homework. Know what you're buying and know what's covered. You'll be healthier for it.