Are millennials really the first generation to do worse than their parents?

Is There Hope for Millennials? 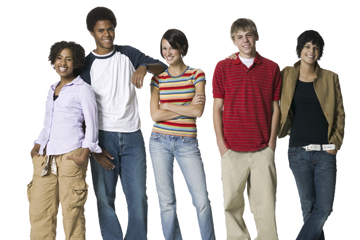 Despite the gloomy economic forecasts, 88 percent of millenials believe they'll earn enough to lead the lives they want in the future.
Photodisc/Thinkstock

Millennials certainly think so. In its landmark 2010 survey of millennials, Pew Research found millennials in general to be an optimistic and confident bunch, even in the face of economic uncertainty. For example, even though 68 percent of millennials said they were not earning enough money to lead the kind of lives they wanted right now, a full 88 percent believed that they would earn enough in the future [source: Pew Research Center].

Key to this question, perhaps, is its wording, "Do you now earn enough money to lead the kind of life you want, or not?" The Pew survey found that the youngest generation is surprisingly old-school in its life priorities: Millennials chiefly want to be good parents, raise happy children and give back to society. How much money is "enough" to meet those admirable, but not necessarily expensive goals? That amount will likely be different for everybody.

Which brings us back to the original question: Will millennials be the first generation to do worse than their parents? While we're parsing sentences, maybe it's time to re-examine our definition of "worse." If income and personal wealth are our only metric for measuring success, there's a very good chance that millennials will fall short of the financial gains made by their parents.

But what if we follow the lead of several prominent global economists and change the success metric from Gross National Product to Gross National Happiness? When Columbia University's Earth Institute assembles its annual World Happiness Report, it considers much more than median household income, but also community trust, physical and mental health, and general life satisfaction [source: Helliwell et al.]. On that list, the United States came in 17th in 2013, slightly worse than Mexico (No. 16) and well behind our northern neighbor Canada (No. 6) [source: McCafferty]. In the Pew survey and others, millennials tend to prioritize happiness and personal satisfaction over job title and salary. Look out, Canada.

For lots more information about millennials and other generations, check out the related HowStuffWorks articles below.

Author's Note: Are millennials really the first generation to do worse than their parents?

In my research for this article, I came across an interesting quote from an economist responding to a mother's horror at finding out that her son wasn't interested in pursuing the same "wealth-building path" as his parents. The mother feared for her son's future, but the economist said, "Maybe this generation won't have a worse life, but just a different life." Millennials have grown up in a time of tremendous change and flux. They have seen how disruptive technologies like the Internet and mobile devices can change the way we live, work, communicate and connect. As the Pew study showed, Millennials are very open to change. Maybe it's time to change the assumption that every generation should be wealthier than its parents. (We also used to assume that home prices should perpetually climb, and look where that got us.) Maybe millennials know a secret that can't be calculated or graphed: In the modern reality, things change, sometimes dramatically and often blindingly fast. When the unexpected opportunity arrives for this highly educated generation to get to work, I think we'll be amazed by the outcome.