by Dave Roos Apr 6, 2020
Getting an eviction notice from your landlord is never a good thing. What should you do next? Peter Dazeley/Getty Images

Every year, more than 900,000 Americans are evicted from their homes. That's one in every 40 renter households. And those are only the formal evictions that are processed by the courts. Countless more are simply "landlord evictions," where a landlord says, "If you can't pay, you gotta go" and tenants pack up without a fight.

If you're a renter, it's important to know your legal rights as a tenant in your state. It could be the difference between keeping your home or losing it at the worst possible time.

If You're in Trouble, Be Proactive

Janet Portman is the executive editor at Nolo and the co-author of "Every Tenant's Legal Guide" and "Renters' Rights." She says that the first and most important thing a struggling tenant can do to avoid eviction is reach out to the landlord and explain what's happening.

If you've always been a good tenant — meaning you consistently pay the rent on time and take care of the property, there's a good chance the landlord will be willing to work with you.

"Smart landlords consider all the factors," says Portman. "If they toss you out for non-payment, they'll risk two or more months of turnover where they won't have any money coming in. If you are a good, stable tenant and the rental market isn't crazy hot, the landlord will have an incentive to work with you."

Make a Plan and Put It in Writing

If you're lucky and your landlord is willing to negotiate, then be honest and come up with a realistic payment plan. It's not going to do you any good to make a promise that you'll never be able to keep. If you can only cover a portion of the rent for a few months, offer to mow the grass, paint the house or perform other tasks that will save the landlord time and money.

"Whatever understanding you come up with, both the tenant and the landlord have to sign a written agreement spelling out the terms of forgiveness," says Portman. This protects you as a tenant from a sudden eviction notice and further assures your landlord that you'll make good on your promises.

Formal Evictions Are Hard to Fight

In the immortal words of the late, great Kenny Rogers, "You got to know when to hold 'em and know when to fold 'em." If there's simply no way that you can afford the rental, even with a payment plan, it's probably not worth being dragged through a formal eviction. You might think that a drawn-out court proceeding will at least buy you some time, but that's not the case.

"Eviction cases go very quickly through the courts, almost as fast as a criminal case, and certainly faster than any other civil case," says Portman. "And most people don't want an eviction on their record. That's the kiss of death."

That's why in the vast majority of cases, Portman says that tenants who receive a formal three-day or five-day termination notice (to pay up or leave) will just pack up and leave.

On the other hand, one reason that eviction cases are prosecuted so quickly is because the formal eviction process is so tightly regulated. Every state has its own eviction laws, but most of them require the landlord to serve notice to the tenant during every step of the process. If your landlord is new at this and tries to save money by not hiring a lawyer, you could be in luck.

"Landlords who try to do it themselves often screw it up," says Portman.

The bad news is that even if the landlord messes up the first time, they likely won't make the same mistake twice. It's important to recognize when the writing is on the wall and to avoid a formal eviction at all costs.

A landlord can also give you a "Unconditional Quit Notice" where you must leave immediately with no chance to pay up the rent (depending on the state you're in), but that's usually only if you've violated terms of the lease, such as damaged the property or sold drugs from it.

Dealing With a Bad Landlord

There are times, however, when it's absolutely worth fighting back against a formal eviction. Portman cites the example of a landlord who has failed to do needed repairs and upkeep in the rental. If a tenant decides to withhold rent until those repairs are made, that's within their rights.

Of course, the landlord could still initiate eviction proceedings for the unpaid rent. But if the tenant can produce evidence that the rental unit is uninhabitable or dangerous in its current state, and that the landlord has failed to act, there's a very good chance that the judge will rule for the tenant.

"That's called the 'habitability defense,' and it's a very common one," says Portman.

If you feel you are being wrongfully evicted, contact a legal aid or tenants advocacy group in your state. These groups might also be able to point you toward emergency funds available through government or private organizations earmarked for individuals and families who need temporary help covering rent.

Certain rental markets are so competitive and subject to such astronomical rate increases that laws have been put into place that protect tenants from being priced out of their homes. There are 182 cities and municipalities with rent control or rent stabilization laws, mostly in California, New York and New Jersey.

Those rent control laws make it illegal for a landlord to raise rent beyond a certain percentage from year to year. The only exceptions are when a tenant vacates a unit voluntarily or is evicted. At that point, the landlord can raise the rate up to its full market value.

"So, what are some landlords doing in that situation? They're trying to evict for whatever reasons are allowed under the 'just cause' eviction ordinance," says Portman. "If they're successful, then they can re-rent at the newer, hotter, higher rate."

The definition of "just cause" is different in every state. In California, for example, landlords are allowed under state law to force a tenant out if they plan on doing a substantial remodel to the unit. Unless the particular city law says otherwise, the landlord doesn't even have to pull the necessary construction permits before asking the tenant to leave.

"That's a loophole that you can sail the Titanic through," says Portman.

Landlords can also kick out a tenant if the landlord or a qualifying relative plan on moving into the unit themselves, or if they want to switch the unit from residential to commercial. Cities like San Francisco require landlords to prove they followed through on their plan for a set number of years. If not, the tenant is allowed to move back in at their original rate.

Now That's a Good Point
In the wake of the COVID-19 pandemic, the federal government and 34 states have issued temporary moratoria on evictions. Portman points out, however, that a moratorium doesn't mean that the landlord forgives all past-due rent. "There's going to be a moment of reckoning down the line," she says. A few states are offering money to help people pay their rent. Check your state government's website to see if that's available to you.

How San Francisco's Golden Gate Bridge Was Built, and Why It's Not Actually Red 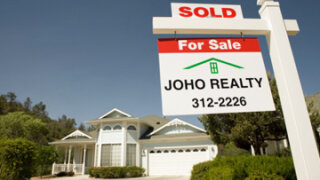 Should I rent or buy a home? 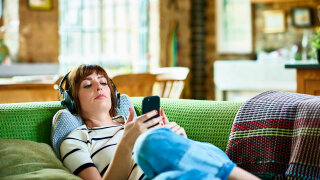 How Do You Evict Your Freeloading Friend? 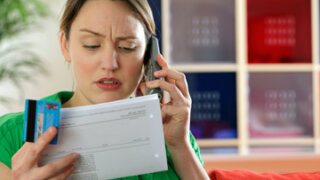 Can you buy your first home with bad credit?