Amortization is the mathematical calculation at the heart of a fixed-rate mortgage that makes home-buying more affordable. Mortgages weren't always the 30-year, low-interest loans we know today. When the first mortgages were issued in the 1930s, they were short-term loans (five to seven years) that only covered 50 percent of the total value of the home [source: U.S. Department of Housing and Urban Development]. To make things worse, most of the mortgage payments only covered the interest on the loan, which meant the borrower was forced to make a huge "balloon payment" at the end of the term to pay off the principal.

The Federal Housing Authority (FHA), created in 1934, helped make home ownership possible for millions of Americans by introducing the 30-year, fixed rate loan, which is now the standard mortgage loan. This type of mortgage is said to be self-amortizing, because the fixed rate and fixed term make it possible to calculate a fixed monthly payment that will steadily pay off both the interest and principle over 30 years.

Looking at the amortization table for our example mortgage, the first payment is almost entirely interest: $625 interest to $180.23 principal. In fact, the borrower won't start paying off more principal than interest until he or she's 16 years into the mortgage. The real shocker of the amortization table is the total interest paid over that 30-year stretch: $139,883.68. That's nearly the full amount of the original loan!

That's why amortization of mortgages is both a blessing and a curse to homeowners. It's a blessing because it allows borrowers to budget for a fixed monthly payment and not worry about the sudden rate changes built into adjustable-rate mortgages. But stretching out payments over such a long term also means lots of compounded interest. Plus, if you sell the house early, you'll have paid off very little of the principal, meaning a smaller cut of the sale price.

Now, let's look at the other meaning of amortization. 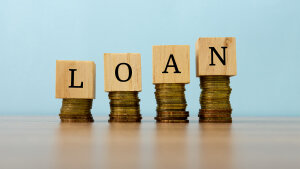 Taking Out a Personal Loan? Some Mistakes to Avoid 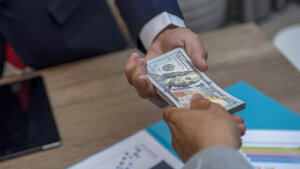 What Exactly Is a Personal Loan?