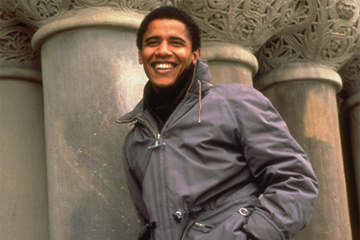 In 2008, Barack Obama became the first African-American to be elected as president of the United States. His election broke a long-standing racial barrier in American politics. Something you may not have known was he was also a lawyer. That's not something new.

President Obama is the 25th lawyer to go on to be Commander in Chief, but only the second (the other being Rutherford B. Hayes) to graduate from Harvard Law School [source: Slater].

Not all of the 25 U.S. lawyer-presidents graduated from law school. Several were self -taught or learned from a mentor before actually practicing law. Two, Bill Clinton and Gerald Ford, went to Yale Law School -- tying for the most with Harvard. But politics isn't the only place to find former lawyers.

Some of the most influential people in many professions were once lawyers. Mohandas Gandhi studied in England to become a barrister and passed the bar exam before returning to India. American novelist John Grisham, whose works include "The Client" and "A Time to Kill," is a retired attorney and former talk show host, and Geraldo Rivera, current host of the Fox News show "Geraldo At Large," was an attorney before he became a journalist. Britons are familiar with Cherie Blair, wife of former Prime Minister Tony Blair, who is an English barrister, and don't forget current U.S. Secretary of State Hillary Clinton. The former First Lady was an advocate attorney before she arrived at the White House in 1992.

As you can see, attorneys often enjoy opportunities most of us can only dream of. You don't necessarily have to become a lawyer to become president, but it doesn't hurt. Attorneys also have a reputation for being well-paid. An entry-level attorney can make anywhere from $55,000 to $100,000 annually depending on location [source: Salary.com]. Some earn even more, as you'll see later in this article. So why don't we have more lawyers?

The answers vary, but one hurdle may be law school. In addition to earning a bachelor's undergraduate degree, you'll have to spend more time and money on your education if you want to become a lawyer. If that sounds discouraging, the recent trend of accelerated law school programs may be something you want to consider.

A Law Degree in Two Years Instead of Three 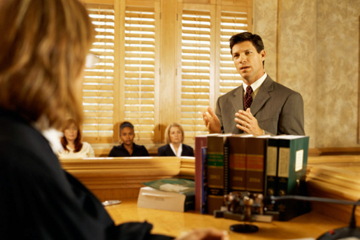 If you're really eager to argue a case in front of a judge, then perhaps you should investigate a two-year law program.
Stockbyte/Stockbyte/Thinkstock

Obtaining a Juris Doctorate (J.D.) at law school is a commitment similar to becoming a medical doctor. A J.D. traditionally takes three years in addition to earning a bachelors degree and programs vary at different schools. For instance, at Pennsylvania University, students are required to take nine classes their first year and 55 credit hours from a list of classes over their next two. The course work at other law schools is similar even if the classes are offered in semesters or quarters. The bottom line is, it takes seven years of consistent schooling to get your law degree. That trend is changing however, now that several schools are offering accelerated law degree programs.

What if you could get a law degree in just six years? The Columbia Law School in New York City offers an accelerated interdisciplinary legal education (AILE) program that does just that. The AILE program works in conjunction with four-year universities around the United States. The program at Columbia is geared toward fast-track students. Those seeking admission are required to complete six semesters of full-time residence and 85 credit hours or be eligible through the school's network off affiliated colleges and universities.

Other schools offer similar programs. In May 2009, Northwestern University in Chicago announced an accelerated J.D. program geared to award students with their degree in two years. The Northwestern program isn't a condensed version of its J.D. program. Instead of the coursework laid out in six semesters, students earn their law degrees in five.

These programs take a more practical approach to law education. For instance, Northwestern's program has additional classes intended to cover quantitative analysis (accounting and principals of finance) and the study of legal services behavior (with an emphasis on leadership and project management) not found in the tradition J.D. program. In addition, students must have two years of legitimate work experience.

Here's a look at the requirements for Northwestern's accelerated J.D. program:

The first class was limited to 40 (37 students were admitted) with 65 spots available in subsequent classes. Of those 37 admitted to the first class, 27 enrolled out of 135 applicants.

Columbia's program is limited to one or two students from each school participating in the AIEL program (there are 28 schools so far) and accepted juniors matriculate over to the law school to begin that part of the curriculum [source: Occidental College]. Admission requirements are similar and students hoping to enter the AIEL must prepare early in their collegiate career.

With every new and innovative trend comes two sides of support. Rarely do people universally agree on everything. Accelerated law programs are no different. Let's look at some of the positives and negatives surrounding these programs in the next section.

These programs offer unique challenges. If you think you have what it takes, check out the links on the next page for more information.

How College Admission Works
What's the format for a letter of recommendation?
How Ivy League Admissions Work