What was the biggest bargain of the 20th century? 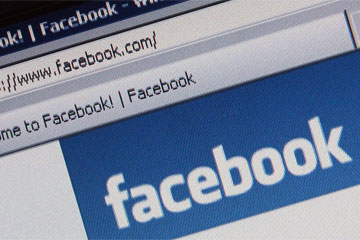 The half million dollars that Peter Thiel paid for a share in Facebook in 2004 has now turned him into a billionaire.
Dan Kitwood/Getty Images

"There are specific ways that good deals come about," says Michael Craig, author of "The Best (And Worst) Business Deals of All Time." First, there may be a difference in information between a buyer and a seller. For example, the U.K. Daily Mail reports the case of a crystal jug sold at auction. The auctioneers described the piece as a 19th-century French claret jug and estimated the price at a couple hundred dollars, but a pair of discerning bidders recognized it as an extremely rare Islamic ewer. This difference in information saw the ewer go for £220,000, rather than the £5 million at which it was later appraised [source: U.K. Daily Mail].

That's a bargain. And imagine the steal if only one bidder, instead of two, had recognized the auctioneers' error. Information differential is how educated buyers pick up valuable Shaker furniture or Superman comic books for pennies at garage sales.

Another way bargains happen is through high-risk, high-reward investments. Think of the lottery. In hindsight, spending one dollar on a ticket worth a million is quite a bargain. Unfortunately, for every huge payoff in a high-risk investment, there are many more people who end up wasting their money.

Combining these two can lessen the risk. Maybe you're an artist, and you think you can predict the next Jackson Pollock. Or maybe, due to your tech expertise, you've spotted the next Google. This is partly what happened to Peter Thiel, who in 2004 spent half a million dollars on 5.2 percent of a little Internet startup. That startup was Facebook, and in 2010, Thiel was worth an estimated $1.4 billion [source: WIRED].

Finally, bargains happen when something of relatively small worth suddenly explodes into something of high worth. If you happen to be holding that particular piece of property at the time of ignition, you've got a bargain on your hands. This is sometimes known as the unknown frontier model, and it's how the United States -- after trying to buy New Orleans from the French -- ended up with most of the western part of the continent in the deal known as the Louisiana Purchase. The French simply never imagined that the untamed, landlocked plains would be worth anything.

In the 20th century, these frontiers were many, from technology to oil to bandwidth, and so too were the diamonds in the rough that were discovered through luck or skill. Keep reading to learn more about the 20th century's biggest bargains.

Biggest Bargains of the 20th Century 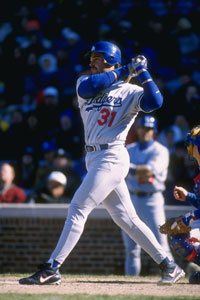 In 1988, Vince Piazza talked his friend, Dodger's manager Tommy Lasorda, into drafting his son, a Miami-Dade Community College student. With the 1,390th overall pick, Lasorda drafted Mike Piazza, who went on to become a 12-time all star and perhaps the best hitting catcher of all time. That's a bargain.

Similar sports superstars drafted late include Tom Brady in 2000 (drafted in the 6th round), Albert Pujols in 1999 (drafted in the 13th round), Ben Wallace in 1996 (undrafted) and Steve Young (traded to the 49ers for two bust draft picks). Earlier in the century, the Red Sox sold Babe Ruth to the Yankees -- at any price, the Yankees got a bargain.

In another domain, imagine you'd invested in Standard Oil of New Jersey just after the monopoly of Standard Oil was broken up by the United States Supreme Court in 1911. One share in what is now ExxonMobil is worth almost 300,000 times its initial public offering (IPO) price. In another example, Microsoft is now worth more 20,000 times its IPO price of $21. But beating Microsoft is the mighty Cisco Systems, with an annual average growth rate of 10,000 percent and a high point of more than 100,000 percent of its IPO price [source: Seeking Alpha].

Why is it that "investing" has such a noble ring while "prospecting" takes on a shadier connotation? In any case, prospecting was a ripe source of 20th century bargains, including domain name prospecting. The domain name business.com fetched $7.5 million in 1999, and Altavista.com was sold for $3.3 million in 1998 [source: Fulton].

Speaking of domain names, in 1997, Michael Roberts bought the domain name MP3.com for $1,000. The first day it was active, it got over 18,000 unique visitors. Roberts and a few partners went into crisis mode and built a business around their serendipitous find, which they sold in 2001 for $372 million [source: Fulton].

Another 20th century bargain was in resources that seemed limitless at the time, but have proved to be very limited. Gas springs to mind first, but another undervalued 20th century resource was frequencies of the electromagnetic spectrum. This spectrum runs from radio waves on one side, through waves of visible light, to X-rays and then gamma rays on the far side. Information rides through the air on these waves. By the turn of the century, United States spectrum auctions run by the FCC had generated more than $35 billion -- all for the sale of air [source: Klarreich].

All these big bargains in the 20th century leave us wondering -- what kinds of deals will we see in this century? Read on for more information about finding a bargain of your own.