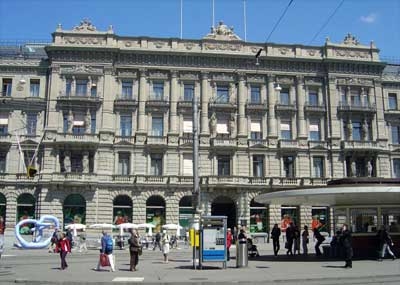 The Swiss, and those banking in Switzerland, enjoy the benefit of having access to numerous bank types. Both a "universal" bank as well as a number of more specialized bank types make up the Swiss banking system. Swiss universal banks can provide all kinds of banking services for their clients from lending to asset management to traditional deposit accounts and financial analysis.

There are many levels of bank accounts. For Swiss residents, there are "current" accounts, which are useful for day-to-day management of your money, but pay little interest; "salary" accounts pay slightly more interest than current accounts, but without check writing capabilities and/or some other services; and "saving" accounts offer higher interest, but are not very useful for many transactions. Most nonresidents of Switzerland want Swiss accounts for their investment opportunities and privacy -- the more investment options and guidance you want, the higher the required balance.

Most Swiss banks are very old -- some more than 200 years.  It's still possible to start a private bank, but you'll need $7.25 million.