Swiss Bank Accounts and the Law 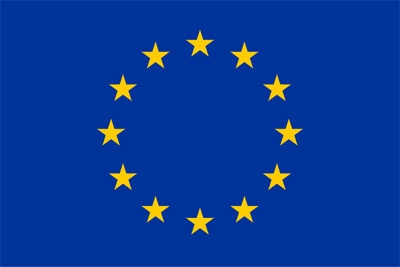 In the United States, law enforcement agencies, the judicial system, and even private citizens can gain access to financial information of all sorts. In Switzerland, however, neither a bank's officers, nor employees are allowed to reveal any account or account holder information to anyone, including the Swiss government.

The Swiss banker's requirement of client confidentiality is found in Article 47 of the Federal Law on Banks and Savings Banks, which came into effect on November 8, 1934. The article stipulates that "anyone acting in his/her capacity as member of a banking body, as a bank employee, agent, liquidator or auditor, as an observer of the Swiss Federal Banking Commission (SFBC), or as a member of a body or an employee belonging to an accredited auditing institution, is not permitted to divulge information entrusted to him/her or of which he/she has been apprised because of his/her position."

In order to sidestep this law, there must be a substantial criminal allegation before a governmental agency, especially a foreign one, can gain access to account information. Tax evasion, for example, is considered a misdemeanor in Switzerland rather than a crime.

According to the Swiss Bankers' Association Web site, however, there is also a duty for bankers to provide information under the following circumstances:

Switzerland is required to assist the authorities of foreign states in criminal matters as a result of the 1983 federal law relating to International Mutual Assistance in Criminal Matters. Assets can be frozen and handed over to the foreign authorities concerned. Assistance in criminal matters follows the principles of dual criminality, specialty and proportionality.

Dual criminality means that Swiss courts don't lift the requirement of bank/client confidentiality unless the act being investigated by the court is punishable under the law in both Switzerland and the country requesting the information. The specialty rule means that information obtained through the arrangement can only be used for the criminal proceedings for which the assistance is provided. The proportionality rule means the measures taken in conducting the request for assistance must be proportionate to the crime.

Under these proceedings, the Swiss Federal Banking Commission (SFBC) may communicate information only to the supervisory authorities in foreign countries subject to three statutory conditions:

Swiss residents pay 35 percent tax on the interest or dividends their Swiss bank accounts and investments earn. This money is namelessly turned in to the Swiss tax authorities.

For nonresidents of Switzerland there are no taxes levied on those earnings, unless:

There is a 35 percent Swiss withholding tax on interest and dividends paid out by Swiss companies. So, if you invest in a Swiss company such as Nestlé or Novartis, then 35 percent of any dividends will be withheld as a tax regardless of where you live. The same is true if you buy bonds issued by a Swiss company. If you're a Swiss taxpayer (or if your country has a double taxation agreement with Switzerland) then you can claim the tax back. Double taxation is when income is taxed both in your home country, as well as the country in which the income is earned.

On July 1, 2005, the European Union Withholding Tax came into effect to prevent residents of EU member countries from avoiding paying tax on interest earned on money deposited in foreign banks with very strong banking secrecy laws. The EU goal had been for all countries to disclose interest earnings to the home countries of their bank clients so that that money could be taxed. Several non-EU countries, Switzerland included, didn't agree because it went against their banking privacy/secrecy laws. Now, bank clients who live in the European Union pay a withholding tax on the interest made by certain investments. This tax started at 15 percent and is gradually increasing to 35 percent by 2011. No exchange of information or taxes on capital or capital gains is levied.

If you want to pass on your account to your family (and you're not a Swiss resident) you're in luck because there is no inheritance tax in Switzerland for nonresidents. Your heirs are responsible for declaring the holdings to their country's tax authorities, however.